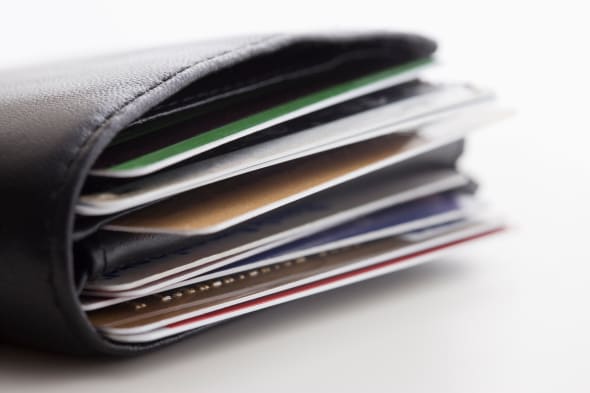 %VIRTUAL-SkimlinksPromo%Victims of the payment protection insurance mis-selling scandal could have potentially been under-compensated by an estimated £1 billion, a BBC News investigation has found.

Customers who may possibly have been affected had PPI on credit cards issued by Lloyds Banking Group, Barclays, MBNA and Capital One, the BBC said. All these banks claim to make every effort to pay the correct amount of compensation.
The estimated shortfall uncovered by the BBC arose because some fees and charges that were triggered by mis-sold PPI policies have been left out of compensation calculations, which also involve adding interest, thereby dramatically reducing the amounts some customers would have otherwise received.

It found the extent of this black hole difficult to assess, but it commissioned independent consultant Cliff D'Arcy, who spent 12 years as a banker working in the PPI industry, to estimate the overall size of the shortfall and how much banks would have to pay to make it good.

Mr D'Arcy told the BBC: "I'm confident that the figure will be somewhere in the region of a billion pounds of extra compensation."

His calculation was based on factors such as typical penalty charges on credit cards, how many credit card users had PPI, how many of those paid charges and what interest they had to pay.

The investigation said that in February, a man named Mark Pascoe was paid £5,800 of PPI compensation by credit card giant MBNA - but MBNA's calculations did not include just over £600 in fees and charges Mr Pascoe incurred since taking out his card in 1997.

According to the claims management company advising Mr Pascoe, had those fees been correctly included in the calculations, his compensation payout would have more than doubled to more than £13,000.

The Financial Ombudsman Service (FOS), which resolves disputes between consumers and financial firms, told the BBC that fees and charges triggered by mis-sold PPl premiums should be paid back.

Principal Ombudsman Caroline Wayman said: "If a fee is the result of the mis-sold PPI it should be given back, and if it's not included that would be a mistake."

Ms Wayman recommended that credit card customers who suspect their fees and charges were left out of their compensation calculations go back to their banks to ask what happened.

According to estimates by consumer group Which?, the total amount put aside across the industry so far to compensate people for PPI claims has reached £22.4 billion, making it by far the UK's biggest mis-selling scandal.

Such policies were often added to people's loans or credit cards without them realising, fully understanding what it was or needing such insurance.

Which? said that city regulator the Financial Conduct Authority (FCA) should investigate if any bank is found to have made systematic mistakes.

Which? executive director Richard Lloyd said: "It adds insult to injury to be mis-sold PPI and then not get paid the full compensation you are due.

"Banks must ensure that anyone with a legitimate PPI claim gets every penny they are entitled to."

A spokesman for the FCA said: "To date, the FCA's PPI redress programme has put close to £15 billion back into people's pockets.

"We are keeping a very close eye on how firms continue to handle complaints and where necessary will intervene - and have intervened - to ask them to do things differently to ensure consumers get a fair deal.

"Our starting point for all PPI complaints is that any consumer who has lost out as a result of mis-selling is entitled to claim redress.

"On the issue of over-limit fees, or other penalty fees or charges levied on a credit card which is covered by PPI: firms should refund these fees or charges if they arise as a result of the PPI mis-sale.

"But this is not a simple process. Firms must consider the individual circumstances of the claimant, for example whether it was the PPI or other expenditure that led to the penalty charge being incurred."

The spokesman said firms should be preserving any records that help them handle complaints fairly, adding: "Generally speaking, given the high profile of PPI, we would be very surprised if firms were disposing of any PPI-related information."

In a statement to the BBC, Lloyds Banking Group said: "When a customer lets us know that they may have incurred other costs because of their PPI policy, we will investigate and make an appropriate refund."

Barclays acknowledged that it has previously operated a month-by-month assessment of whether PPI premiums had triggered additional fees which, they told the BBC, met the requirements of the regulations and was independently assured. Barclays told the BBC that it is now introducing a new, "enhanced" method.

MBNA told the BBC: "We are confident that our redress is correct, we have considered our methodology carefully and in detail. Our confidence is reinforced through external independent reviews."

Capital One said: "We aim to pay redress that puts the customer back in the position they would have been in if they had not had PPI."

PPI victims 'under-compensated'
First Direct found that the most common type of fraud was the 'fake email', which makes up 53% of all scams. This is also known as phishing, and involves the fraudsters contacting you, requesting personal information like passwords and PINs. They use all kinds of methods to persuade you to reveal your details: from pretending to be your bank, to pretending to be the taxman. Earlier this year HMRC warned people to watch out for scam emails promising tax credit refunds in return for account details - timed to coincide with a major advertising campaign to remind people to renew their tax credits.
This is an old and established scam, but is the second most prevalent in the UK this year. It involves someone getting in contact with a sob story, and asking for a sum of money in return for paying you a larger sum. If you pay up you may get requests for more cash but you will never receive a payout. This year the horrible twist on the scam was that the gangs pretended to be a victim of the war in Syria, in desperate need of money and able to pay you from money he has hidden overseas, once you give him enough money to escape the country.
This is a new take on phishing, which Financial Fraud Action warned about in August. They said victims receive a cold call asking for personal or financial information. Some 39% of all people targeted by these calls said they found it difficult to tell if the person was genuinely from their bank or whether it was a scam. First Direct says this is the third most prevalent type of scam.
Duplicating your bank cards made up 14% of fraud this year. Old-fashioned card scams are actually on the rise this year. The experts say that the introduction of chip and PIN means 'crude scams' are back in vogue, where criminals distract people in shops and bars, or shoulder surf at cash machines and then steal customers' cards without them noticing.
These also make up 14% of all scams. You receive an email telling you that you have won a lottery. All you have to do is get in touch with the 'claims agent' who you'll need to pay a 'processing fee' or a 'transfer charge' to. These 'agents' are all criminals, who will just take your money and run.
We warned in November of a boom in phoney research calls. Boiler room operatives will call pretending to be university researchers looking into investor confidence. In fact, they are just trying to find out how best to exploit you: asking how much cash you have, your attitude to risk, and determining whether an appeal to greed would work.
Back in May we warned that you could receive a telephone call out of the blue from someone claiming to be from Microsoft. The scammers were using a variety of techniques to extract money from their victims. These included infecting computers with malware and charging to remove it, charging people a fortune for help they didn't want or need, or even just asking for their credit card details.