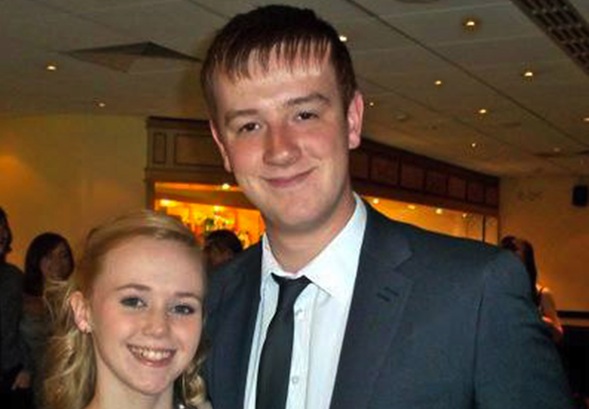 A lorry driver who crashed into a broken down car, killing one of its occupants, was browsing explicit dating websites at the time of the collision.
Laura Thomas was killed when her Vauxhall was struck by a HGV after she and her fiancé Lewis Pagett had broken down on the A5 while on a day trip to Aberystwyth.

Lorry driver Ian Glover failed to notice the stricken car on the hard shoulder, as his attention was diverted by explicit dating sites sexuk.com and shagaholic.com.

Instead, he ploughed into the hatchback, instantly killing Laura and leaving Lewis with head and back injuries.

Speaking after the crash last July, Lewis said: "Laura and I were looking forward to planning our wedding together – instead, I ended up planning her funeral," reported the Daily Star.

"We had known each other since we were 13, and we were so excited to spend the rest of our lives together.

"Laura had so much life to give, she had a heart of gold and aimed to become a teacher for disabled children.

"It is devastating to discover that Glover had been looking at dating sites when he hit our car – the crash was completely avoidable."

Glover – who was found to have visited sex sites over 10 times on the day of the collision – admitted causing death by dangerous driving and was jailed for five years.
Tags
Read Full Story