Is this most neglected Rolls-Royce Phantom in the world? 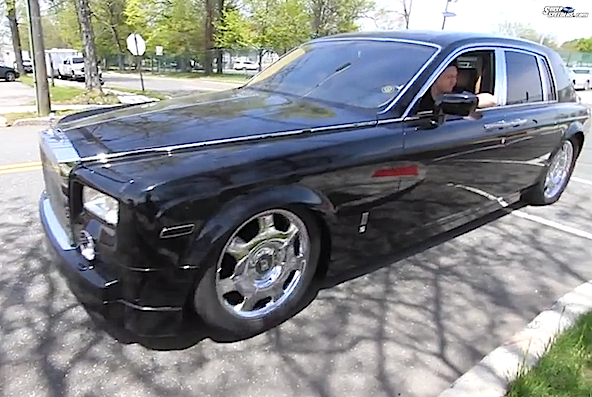 Those in the market for a used Rolls-Royce Phantom can expect to part with at least £100,000, even if said vehicle boasts eye-watering mileage.
The rock-solid residuals are down to the fact that not many exist and those that do have typically been cared for like a royal baby – pampered and preened on a daily basis.

Not so in the United States, where a repossession company recently took ownership of possibly the most neglected Phantom in Rolls-Royce's history.

The complete shed had been 'driven into the ground,' according to Superspeeders.com, displaying a massive 95,000 miles on the clock and rolling on flat tyres and leaky air suspension.

According to the video's owners, the car was repossessed after the owner had failed to make a payment for three years. The previous owner had resorted to renting out the luxurious British barge and using it as a limousine in an attempt to keep on top of his mounting debt.

Scrapping this beautiful machine might just be the best thing for it as it needs a complete engine rebuild, it's missing a number of suspension components, the bodywork is in serious need of some TLC and the interior looks as if a wild tiger has taken up residence.

The final nail in the coffin is the fact that the iconic Rolls-Royce door umbrellas have been misplaced and replaced with a broken Spider-Man number that appear to have been purchased from a petrol station.

Click play on the video below for a guided tour around this sad sight...

Sandford police use a Dalek to order people to stay inside