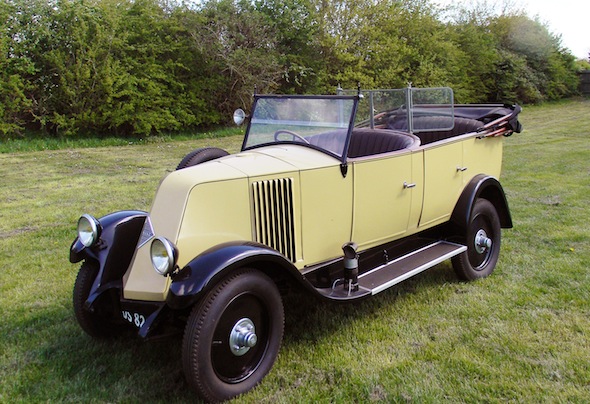 A rare 1928 Renault Type NN Tourer, which appeared in the famous ten-minute chase scene during Indiana Jones and the Last Crusade, will go on sale at a special Historics auction next month.> The four-door tourer was designed and created by Louis Renault's automotive company in 1928 with versatility in mind. It could seat four occupants and it featured a large rear tailgate so farmers could transport produce to markets during the week.

The car was chosen to star in the Steven Spielberg film in 1988, where it was subsequently re-sprayed black for its role as a Nazi limo in the film's famous chase scene that sees Indy overcome a German tank with just a pistol and a horse.

When filming was over, the car was returned to the UK where it underwent a complete renovation, including an engine rebuild, with its coachwork finished in a far more dignified yellow hue. Equipped with a frugal four-cylinder engine, the car is quoted as returning 40+mpg with a top speed of some 50mph. 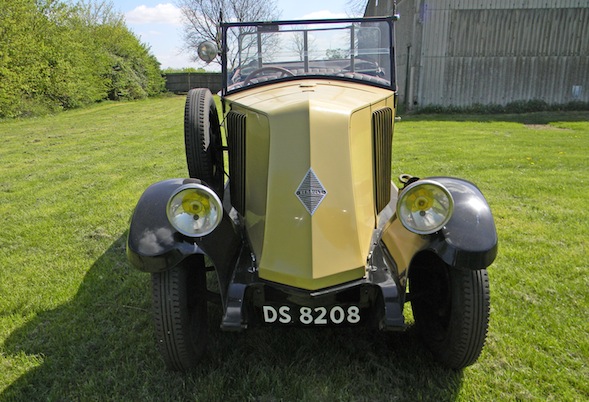 The car boasts a number of unique features that were considered cutting-edge at its time of release. It could easily be converted from a roomy tourer to a utility pick-up by removing the rear seats and unclipping the leather side panels to reveal wooden boarding.

A full-length fabric roof also allowed its occupants to bask in the sunshine or cover up should the heavens open.

The unique machine is estimated to fetch between £9,000-£14,000, and it is offered with a V5 registration document, former MoT Test certificates and a file of past service invoices.