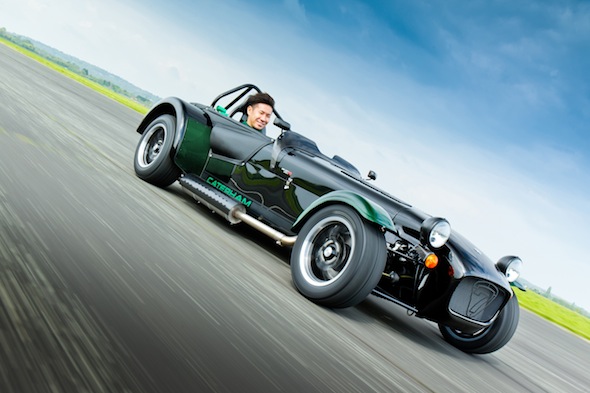 The Surrey-based sports car manufacturer has created a distinctive limited edition Seven that it hopes will appeal to the hordes of Japanese Formula 1 fans looking for some 'spirited' driving thrills on the open road.
Cashing in on Caterham's F1 links, the marque has dubbed its fiery single-seater the Kamui Kobayashi special edition and just 10 examples will be put on sale in Kamui's home country.

Although predominantly based on the Caterham Seven 250 R, the special edition will wear high-gloss black paint with matt black sport stripes, and bespoke carbon fibre front and rear wing protectors, which are also finished in a special Caterham green, mirroring the hue of Kobayashi's F1 car.

Further playing on the F1 racing connection, the Kobayashi model has done away with the passenger seat and instead features an aluminium tonneau cover where the second seat would normally be.

Kamui's racing number 10 can be seen on the nose of the new vehicle, while the F1 driver's motif is dotted around the interior – including a neat stitched logo on the driver's headrest.