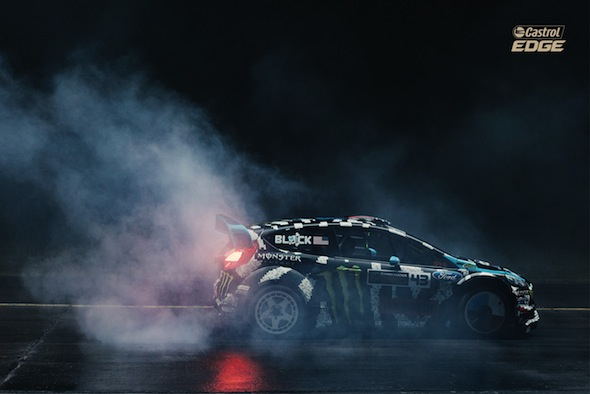 To prove that Castrol Edge Titanium is the toughest oil ever created, the British automotive lubricant specialist set a challenge that would test the nerve of even the most experienced racing drivers.> Ken Block (star of the Gymkhana series and Global Rally Cross legend), Augusto Farfus (BMW Motorsport works driver/DTM), Mike Rockenfeller (Audi Sport works driver/DTM) and Adrian Zaugg (Lamborghini Squadra Corse test driver) teamed up to take their chosen vehicles to the very edge of their limits... in the dark.

The Blackout challenge features the world's first state-of-the-art, pitch-black racetrack made out of hundreds of beams of light. The course is designed to accommodate a four-car relay that tested the team's driving skill as they worked together for the first time. The track pushed the drivers and their vehicles to the edge, testing the strength of man and machine to perform in sync like never before. 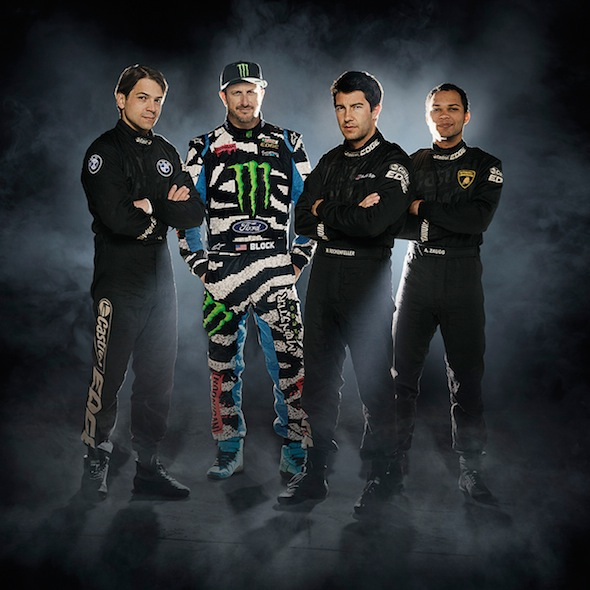 The video below features laser drifting, spotlight slaloms and enormous jumps in vehicles that are more accustomed to cruising the streets of Monaco, which include an Audi R8 V10, a Lamborghini Aventador and a BMW 4 Series.

After shooting the Trial Ken Block said: "Blackout was unlike anything I've done before. It was like being inside an actual video game. The course would keep appearing and then disappearing as I was driving and attempting to coordinate my segment with the other drivers. It definitely wasn't an easy challenge."

Check out the video below but be warned, it does contain flashing imagery