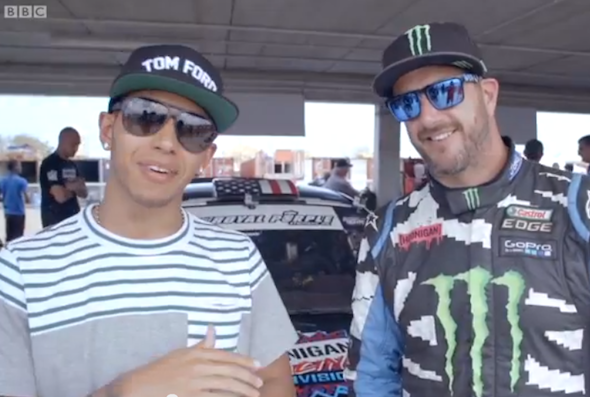 People can often be heard muttering and mumbling about how the Top Gear boys "have the best job in the world".
Well, if driving exotic supercars around the south of France or exploring the Arctic Circle wasn't enough to have you green with envy, the fact that Clarkson, May and Hammond recently hosted Top Gear Live from balmy Barbados, probably is.

The cheeky trio were joined by two other megastars in the shape of Ken Block and Lewis Hamilton at the weekend, who promptly went about racing each other in their respective vehicles.

Unfortunately, the race wasn't captured in its entirety on video but the clips below give a nice overview of proceedings.

And now take a look at what Ken Block has been getting up to...