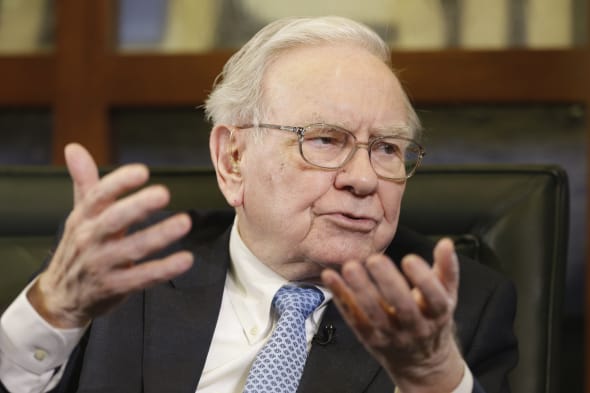 Trackers may be cheap, thanks to their low running costs. But are they as good as some of the best brains in active fund management? The answer to that one is a resounding Yes: fund mangers cream off huge fees while regularly under-performing the market, often drastically cutting the size of your investment.

No wonder, for the same reason, that the world's most famous investor, Warren Buffett, also backs trackers. Has the advice changed?

Broadly not. Earlier in the year Buffett, 83, advised his wife to take her retirement fund and stick it in a US index tracker. Tracker funds don't attempt to beat the market. Their aim is to mirror the market; they're usually run by computers rather than humans.

Critically the overall annual fees can be as low as 0.15% compared to up to 1.5% plus from active funds. Those amounts may sound modest. But the cost savings from trackers are so overwhelmingly that the Local Government Pension Scheme is, for example, likely to save more than £400m a year by switching into trackers.

Imagine if a fund manger has a bad year. Not only do they fail to beat or keep pace with the market, but they charge you for the pleasure of doing badly too - a double whammy.

Is the debate so straightforward, though? Actually, yes it is. Take a new survey from Vanguard. It examined returns over a 10-year period of a range of actively managed and index funds, all easily available to UK investors.

They found that low-cost tracker funds outperformed those with higher-costs in nine out of 11 broad investment categories. Some returns from active funds were better in certain areas (Europe, for example).

In the main, the facts were sobering: in the case of global equities, nearly 70% of active equity managers underperformed their benchmarks, Vanguard found. Most active funds failed to outperform their chosen benchmarks over five, 10 and 15 years thanks in the main to crushing fees.

"Indexed investment strategies," says Dr Peter Westaway, Head of Vanguard's Investment Strategy Group in Europe, "can actually give investors the opportunity to outperform higher-cost active managers - even though an index fund simply seeks to track a market benchmark, not to exceed it."

In some areas, particularly in emerging markets and smaller companies, index trackers can be put in the shade by active funds. But these are areas for specialist investment usually. The upshot suggests that you should think carefully before paying a fund manager for "specialist" skills.

But perhaps the debate needs to be re-framed. It's not the fund itself that's the problem sometimes. It's the greedy fees attached. Some active funds still remain very good but, as the Vanguard data shows, they're a minority.

For many ordinary investors, all they need is Buffett's words to his wife (from his February 2014 shareholder newsletter): "Put 10% of the cash in short-term government bonds and 90% in a very low-cost S & P 500 index fund."

"I believe the trust's long-term results from this policy will be superior to those attained by most investors - whether pension funds, institutions or individuals - who employ high-fee managers."