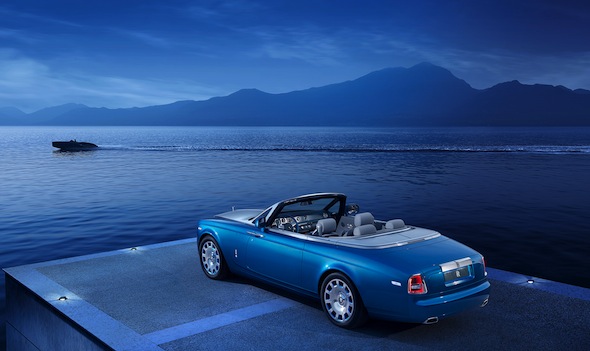 On September 1, 1937, Sir Malcolm Campbell took to the water at Lake Maggiore in his Bluebird K3 powerboat and snatched the world water speed record away from the United States, recording a speed of 129.5mph.> The record, in part, was thanks to the almighty Rolls-Royce R engine that powered the boat and in celebration of the historic achievement, the British luxury marque has created an extremely limited number of Waterspeed edition Phantoms.

Just 35 of these stunning vehicles will be manufactured and they will each feature a number of bespoke touches that cannot be found on any other Rolls-Royce model.

A specially developed 'Maggiore Blue' exterior paint, which is inspired by Bluebird's colour scheme, finishes the exterior and because this is a Rolls-Royce, no fewer than nine coats are applied before it is hand-sanded and lacquered.

Extra details complete the stunning package, including enormous 11-spoke rims, Bluebird motifs inside and the liberal use of Abachi wood for the first time in Rolls-Royce's history. 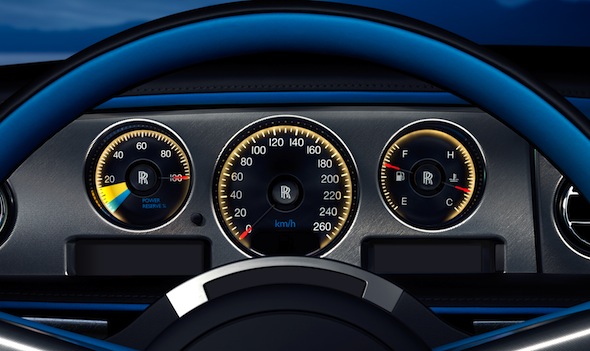 Perhaps most notable among the bespoke styling features is the brushed steel finish to the rear bulkhead. Traditionally offered in polished teak, this eye-catching surface can be seen when the Phantom's top is dropped. Each piece of steel is hand beaten for 70 hours after its initial pressing and then hand-brushed for a further 10 hours to achieve its flawless finish.

Finally, a set of handcrafted clocks adorns the dash, including a neat 'power reserve' dial that mimics that of Sir Malcolm Campbell's Bluebird craft. As the driver accelerates, the hand swoops backwards towards a yellow and blue zone, indicating the engine is heading towards maximum revolutions.

Expect to part with around £435,000 for one of these rare machines.