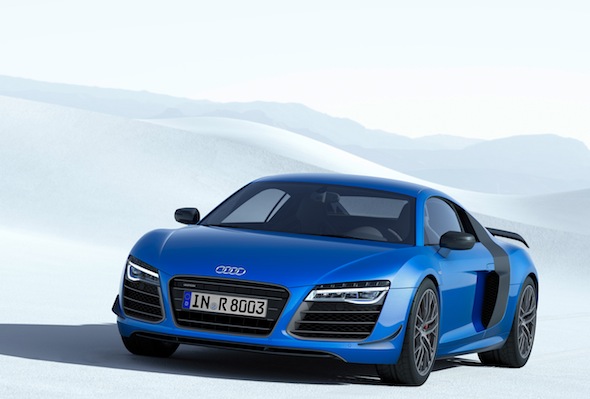 The German marque has just unveiled that its most powerful road going Audi R8 will also be the first production car to feature laser headlight technology as standard.
The front headlamps will be supplemented by high-power laser diodes that generate a blue laser beam. A phosphor converter then transforms the laser beam into road worthy white light with a colour temperature of 5,500 Kelvin.

Audi's team of Le Mans engineers has developed the tech, which is said to provide ideal conditions for the human eye that enables the driver to recognise contrast more easily and help prevent fatigue. 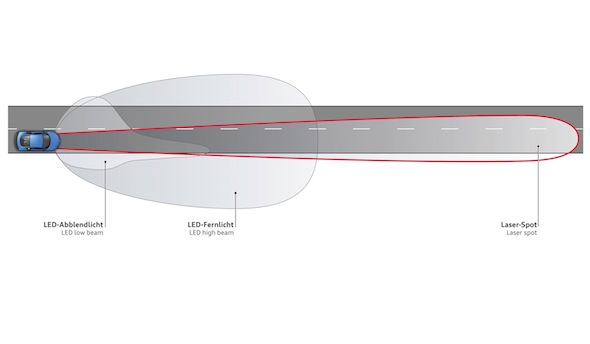 Funky headlamps aside, the R8 LMX will also be the most powerful road-going machine the German marque has produced to date, with the 5.2-litre V10 engine now developing 562bhp and 540Nm torque.

On top of the revised engine, the R8 LMX also receives new 19-inch wheels, a neat rear spoiler and a bespoke Ara Blue paint scheme that echoes the light of the lasers before they pass through phosphor converter.

Orders will be taken from June onwards, with prices starting at £160,025, but worldwide production will be limited to just 99 models.

Fans can get a sneak preview of the 198mph monster, which is also capable of accelerating from 0-62mph in just 3.4 seconds, at the Goodwood Festival of Speed at the end of June.