Could property boom hit you with 40% tax? 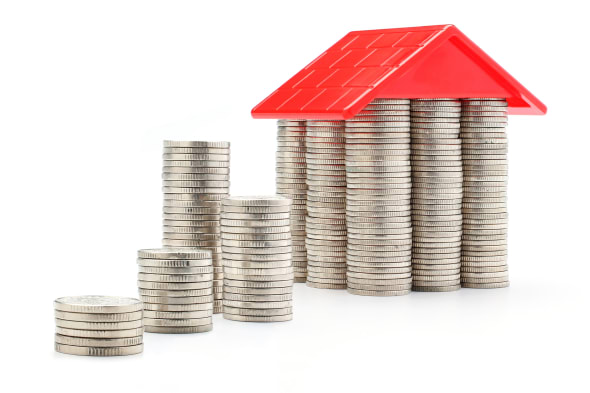 The experts are warning that one side-effect of the property price boom could mean that tens of thousands of people in the UK are hit with a shocking 40% tax. The tax in question is inheritance tax, which kicks in when everything you own hits the value of £325,000, and is taken at the extortionate rate of 40%.

When the rate was first frozen at £325,000 in 2009 it seemed to affect only the mega-rich, but things have changed dramatically since.%VIRTUAL-SkimlinksPromo%

The way that inheritance tax works makes it a fairly strange sort of tax. If you die with assets that are less then whatever the threshold is at the time (currently £325,000) then you don't have to pay a penny. However, as soon as you cross the threshold, then everything you own that's above this level will be taxed at 40%. The cliff-edge nature of the tax means it's easy for most people to assume it will never affect them - only for their loved ones to have a horrible shock when they pass away.

When the government set the current inheritance tax threshold at £325,000 in 2009, most people could be forgiven for thinking that this was something they wouldn't ever have to worry about. At the time the average house price was £195,000, and was falling fast - so you'd need a serious chunk of savings before there was the ghost of a change you'd be stung with a bill.

Since then the average property price has risen 27% to £253,000, but the inheritance rate band is frozen at £325,000 until 2019. There's every chance in the five years between now and then property prices will rise even further, so that all you need to do is own an average property, and suddenly there's a risk you will have to pay 40% on everything over the threshold.

In fact in London, homeowners who have paid off the mortgage may have already breached the threshold, because the average house there is worth £458,000.

In 2010-2011only 17,000 people faced inheritance tax on their death. However, advisers Towry Law have calculated that every year, 5,000 more people will topple over the threshold and be liable for the tax.

The good news is that according to Ian Dyall, estate planning expert, at Towry, if you pay attention to your liability, there are things you can do to ensure that your loved ones don't have to pay so much tax on your death.

He explains: "There are many steps that can be taken to mitigate your inheritance tax bill." If you are married, then one common approach is to write a will giving everything to your other half. There's no inheritance tax on gifts to spouses, so there's nothing to pay on the value of your home. Because you have not used up any of your inheritance tax allowance, you can also give your allowance to your spouse, so that when they die they will have double the allowance - currently £650,000. There is some paperwork you need to do in order to complete the transfers properly, so it may be worth getting advice, but this one step could eradicate any need to pay any inheritance tax.

If this isn't an option, or still leaves you with a bill to pay, you can take other steps. Dyall says: "The most extreme but obvious choice is to downsize your home, and then 'gift' the surplus money to children or grandchildren. Alternatively, you could choose to spend some of it yourself – it is there to be enjoyed!"

If you don't want to sell-up, a straightforward alternative is not to try to reduce your bill, but to think about how you will pay it. You can get life insurance to cover any tax that may be due - although you need to make sure it's written in trust so you don't end up facing inheritance tax on that too.

You can also put money into tax-efficient trusts for future generations, which will face other forms of taxation, but could still work out as costing less than inheritance tax. Alternatively you can give money away to your nearest and dearest during your lifetime. Anything you give away will fall outside your estate for tax purposes after seven years have passed. In addition, you can give away £3,000 a year that falls outside your estate immediately, or you can make regular gifts as part of your normal expenditure - as long as you're not eating into your savings.

If you were already planning to give a substantial amount of money to charity, then you could consider giving 10% of your estate away in this way - which automatically reduces your inheritance tax rate to 36%. This won't leave you better-off, but if charities were going to feature in your will it may prove a useful rule.

How much estate planning you want to do is up to you. For some people it will be worth getting help from a specialist because they want to pay as little tax as possible and it's not a straightforward area.
For others, meanwhile, it's worth at least being aware of the tax you could face, and doing what you can to reduce your exposure.

A small corner of leafy Surrey has taken the top spot in the league table of the highest income tax bills per person. Residents of Elmbridge pay an astonishing £1.18 billion in income tax every year. That puts a number of the major cities in the shade.
The leafy towns of Esher, Weybridge and Walton-on-Thames are filled with mansions, private estates, country clubs, golf courses, and riversides packed with millionaires. The proximity of Chelsea's training ground in Cobham has also brought well-paid sportsmen to the area.