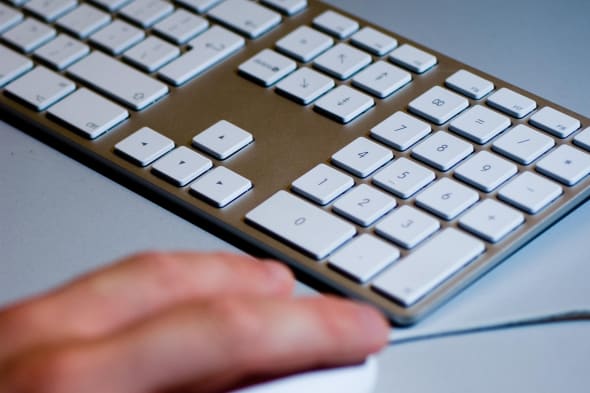 %VIRTUAL-SkimlinksPromo%People who illegally download billions of pounds worth of movies also love going to the cinema and do not mind paying to watch movies, according to new research.

The study, the first to examine the differences between movie and music pirates, found that those who steal movies are more likely to be wealthier and less worried about being caught than their music counterparts.
But, according to Dr Joe Cox and Professor Alan Collins, economists at the University of Portsmouth, they are also more likely to cut down their piracy if they feel they are harming the industry.

The researchers, whose study is published in the Journal of Behavioural and Experimental Economics, also found that movie pirates are more likely to live in large cities and be 'early adopters' of new technology.

Dr Cox said: "It is interesting to see that people who illegally download large quantities of movie files continue to pay for legal movie consumption to a far greater extent than music downloaders.

"However, it came as no surprise to find that the most prolific pirates of either movies or music tend to be younger men. They have the skills, the motivation and the equipment between them to steal large volumes of music tracks and movies every month."

The researchers analysed results from a survey of more than 6,000 people aged seven to 84 in Finland to examine the attitudes of those who illegally download movies and music from the internet.

Dr Cox said: "These findings are important from a policy perspective, because they suggest campaigns that emphasise the harmful effects on the movie industry of piracy are much more likely to be effective than similar campaigns focusing on the music industry.

"One of the reasons movie pirates are a different breed is downloading and file-sharing films is much more technologically demanding. It requires faster internet speeds, greater digital storage capabilities and access to a wider range of devices for playback than pirating music, which has now become relatively simple, fast and cheap."

Among the reasons people gave for downloading files illegally were that it saved money, allowed access to material not on general release or before it was released, and has benefits such as helping artists bypass record companies or movie studios.

Reasons given for not downloading or for limiting piracy included fear of downloading viruses or malware, content not matching the description, being difficult to find, and being of poor quality.

10 PHOTOS
The most overpaid actors of 2013
See Gallery

Study shows movie pirates' motives
Pride of place on this list goes to the star of Jack and Jill, who is said to fetch up to $15 million per film, and is not pulling in the crowds the way he once did. That's My Boy didn't do him many financial favours (taking $57 million at the box office after spending a budget of $70 million), and this research was done before the relative success of Grown Ups 2 could be factored into the sums. In the end the films made a paltry $3.40 for every dollar he was paid.
Second place on the list goes to comedy star Heigl, who was dragged into the list because the money she could command after making hits like 27 Dresses were poured down the drain on the financial disasters: Killers and One for the Money. Her films made $3.50 for every dollar she was paid. Shockingly this is her second year at number 2 - last year she returned $3.40 for every dollar she earned.
Witherspoon felt the effects of Water for Elephants and This Means War. Her films made just $3.90 for every $1 she was paid. Sadly this was exactly the same position she held last year - when she returned exactly the same sum per dollar.
Cage made a return of $6 for every dollar spent on his fee. This wasn't helped by the shocking performance of Ghost Rider: Spirit of Vengeance.
The comedy actor was previously one of the best value for money, but took a major hit with Here Comes the Boom. Who would have guessed that a film about a teacher who tried to raise money for his school by becoming a mixed martial arts fighter wouldn't be an enormous hit? He returned just $6.10 for every dollar spent on his fee.
It's a shocking name for this list, but his films made just $8.30 for every dollar spent on Washington. He made some pretty bankable films during this time too, including Flight and Safe House. It just goes to show the effect that a massive fee can have on your value-for-money ratings.

The Incredible Burt Wonderstone has a lot to answer for here. It made just $22 million at the box office, so Forbes has calculated that he returned just $10 for every dollar spent on his fee.
Her films made $10.60 for every dollar spent on her fee. She still commands huge fees for her work (estimated at $5 million), and the return certainly wasn't helped by the relative failure of Wanderlust, which only took $22 million at the box office.
Joint eighth with Aniston, making $10.60 for every $1 spent on his fee, this is quite a come down for the Bourne actor. However, it's a reflection of the fact he commands large fees, and chose to star in films which were never going to draw Bourne-sized crowds - like Behind the Candelabra.
His films made $10.70 for every $1 he received. Green Lantern didn't do him any favours - becoming one of the worst-performing superhero movies ever. It will come as no comfort at all to Reynolds that he's likely to find himself here again next year - after his summer blockbuster RIPD became one of the biggest flops of this year (and was released after the period the researchers were looking at).
Up Next