James May snapped using phone at wheel, brands himself a c**k on Twitter 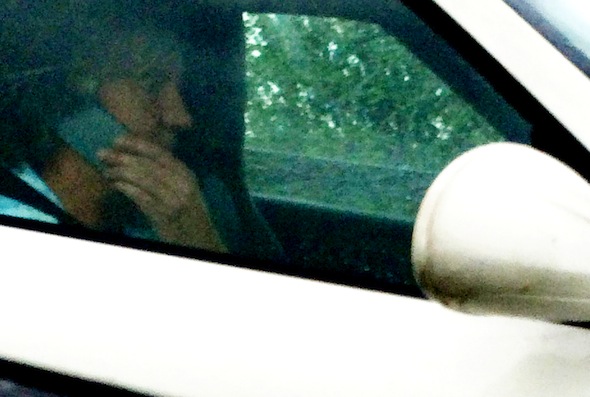 The floppy-haired Top Gear presenter has landed himself in hot water after being pictured using a mobile phone while at the wheel of his car.
May, who is known on the hit BBC show as Captain Slow, was photographed by a fellow motorist as he allegedly drove his white Porsche 911 along the M6 while taking a phonecall.

The offending image was soon sent to The Sun, which claims May was on the phone "for about a minute" before noticing he had been spotted and quickly ending the call.

The Sun approached May's agent but the Top Gear star refused to comment. The BBC also declined to make a statement about the incident.

But later in the day, May attempted to laugh off the situation by telling his 1.4 million Twitter followers: "Cack. I used my mobile phone in the car yesterday. I hope no-one took a picture and sent it to The Sun. I'd look a right c**k."

The presenter, who is famously teased for his love of amateur mechanics and driving very carefully, didn't manage to raise a laugh from a number of Twitter users.

According to The sun, one blasted him, saying: "My friend died using her phone whilst driving and left two kids motherless. That's why it's illegal, because it's lethal, not fun."

The witness who submitted the photo wasn't best pleased either, saying, "It's absolutely outrageous."

Mr May didn't seem too bothered about the potential social media storm he had created, as he replied to one users comment that said: "If using a mobile and driving is made part of the driving test, those who can, can get on with it and those who can't can get a bus."

With, "It's a bit like speeding, or farting. You have to know when it's inappropriate."
Tags
Read Full Story