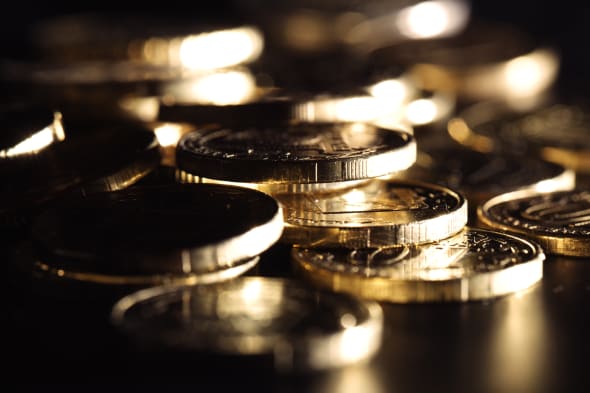 A payday loans company has come up with a worrying new development. These high interest loans from a firm called ClearAccount are being marketed as a 'financial safety net', which can automatically lend you money when your current account is running low. The company claims it will help avoid overdraft charges.

But there are four reasons for alarm.
%VIRTUAL-SkimlinksPromo%

The first is that the product could end up costing a small fortune. It can work as a normal high-interest short-term loan, which you request on a one-off basis, and then repay when you have the funds.

However, there's also a facility which lets you turn on 'automatic deposits', which means the company will monitor your current account, and then when it drops below a particular level, it will automatically lend you money – at 430% - which works out as 1% a day – or £1 a day if you borrow £100.

And it's worth pointing out that it's not necessarily cheaper than an authorised overdraft - because some cost far less than these loans.

In any case it's a spurious claim, just because something is cheaper than one of the worst possible ways to borrow, it doesn't make it a sensible option.

If you have no alternative other than to borrow, the best answer is to borrow for as short a time as possible, as cheaply as possible, and then pay it back as quickly as possible. This may mean using an interest-free credit card or a low interest loan.

But the real answer is that we should all have an emergency safety net of savings to protect us. We need to have the discipline not to have to borrow in any normal month, and have a cushion for the expensive months. Its not something we can build up overnight, but it's something that can be done with determination.

The second concern is that these loans are likely to encourage a poor attitude to borrowing, and bad habits. The automatic nature of the loans takes away the mental barrier of having to apply for a loan - so people will fall into the trap of considering the loan as part of their everyday budget.

When use becomes habitual, the costs will start to mount dramatically - which will exacerbate the problems people have in sticking to their budget.

The third problem with this product is that the company says it will take repayments automatically from your bank account when you have enough money in there. Even if you don't have quite enough, it will take a part payment – which could then trigger the need for another loan. Those people who are already in financial distress will suddenly see cash disappear from their account with no control.

And the final question is one of security, which was raised by an article in the Times. Given that you have to hand over your banking password and PIN when you take one of these loans, there is always the worry that this information could go astray.

The company says that they don't see the details. They're encrypted and managed by a company called Yodlee which is regulated by the US authorities and used by UK banks.

But what do you think? Would you use a loan like this?

Alarming new twist on payday loans
Once you have opened a current account with a bank or other lender, you will get a steady flow of emails, letters (and maybe phone calls) offering you a savings account, loan, mortgage, ISA etc to go with it. But while it may be tempting to have everything in one place, it's better to do the legwork and shop around for the best financial products. You can compare interest rates on loans and savings accounts in the 'best buy' tables in the newspapers, or look online on comparison sites. Remember you can still easily transfer your money between accounts, even if they are not with the same financial institution.
Whether you want to apply for a new mortgage or refinance an existing one, your bank will probably be very happy to give you an instant quote in the hope that you will go with them. They may not tell you that you can shop around at other lenders. A mortgage broker can give you an overview of the best interest rates on offer, and might be able to cut you an even better deal him/herself.