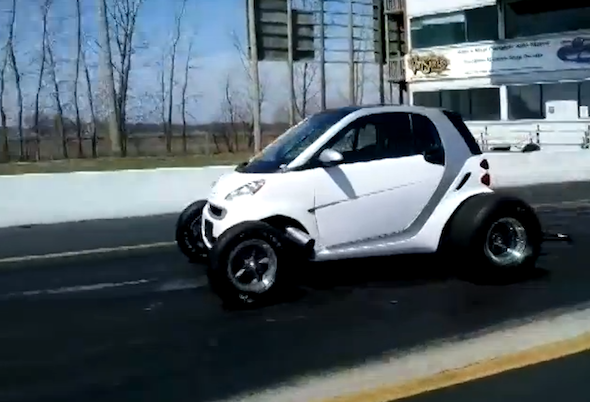 Usually purchased by the discerning individual looking for a blend of practicality, frugality and city-friendly minuscule proportions, the humble Smart ForTwo was never conceived to dominate the drag racing circuit.
But try telling that to the Americans, as one madcap enthusiast has placed a Chevy big block V8 into his white Smart, added enormous tyres to the rear and installed a stabiliser to ensure it doesn't wheelie itself towards an early grave.

The video below shows what happens when pure American muscle is fitted to a machine that typically hosts a 999cc engine. It isn't exactly pretty but it's undeniably fast.