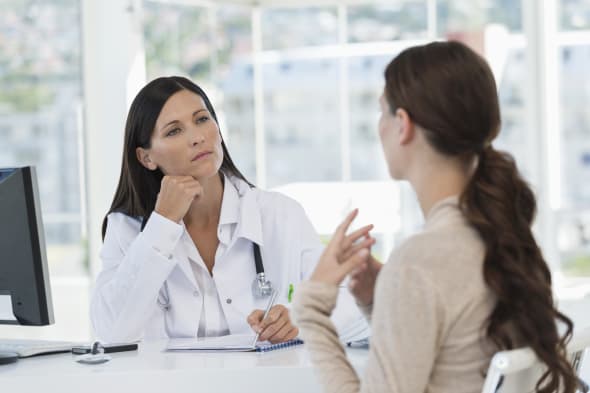 The head of the public health watchdog has said that the stress of money worries and debts are damaging patient health - so GP surgeries ought to provide access to financial advice.

So what is he suggesting, and will it happen?

Duncan Selbie, the chief executive of Public Health England, told the Daily Telegraph that money worries had a major impact on people's health.

This ties in with research from Citizens Advice, which found that three quarter of those with debt worries suffered an impact on their mental health, and more than half said their physical health was affected. Of those having health problems, just over half had experienced a panic or anxiety attack, and almost 4 in 5 said they were losing sleep most nights because of debt.

Selbie said that as a solution, doctors ought to prescribe appointments with financial advisers if they felt that money lay at the heart of their health issues.

The newspaper reported that some GPs were not in favour of this development. The Royal College of GPs argued that people could feel they were being shunted off for financial help, when they actually wanted help with their health. They added that GPs were already under severe pressure, without expecting them to be financial advisers too.

In some cases, financial problems have led to serious medical issues. Recent research from Christians Against Poverty found that 42% of people seeking help with debts were receiving medication for health problems caused by debts. There are signs that the right advice can mean the medication is no longer required. Guy says: "Some people have been able to stop taking medication for depression because, after receiving help from their local Citizens Advice Bureaux, they were able to sort out their financial difficulties."

The relationship works both ways too. Not only can financial advice ease health problems, but it can ease financial issues caused by health problems. Guy explains: "Health problems that limit how much people can work or if they are able to work at all, can have an devastating impact on people's finances. It's important that, alongside treatment, advice is available to make sure people are getting all of the benefits available and don't end up in financial crisis."

And she added that the organisation was already working with doctors in some areas. There are Citizens Advice outlets in 98 of 102 of GP surgeries in Derbyshire as doctors there recommend financial check-ups from Citizens Advice to help people get on top of their finances and make sure they are getting all of the help available.

So should all surgeries offer this? Or are doctors under enough pressure already?
Tags
Read Full Story Click here to comment