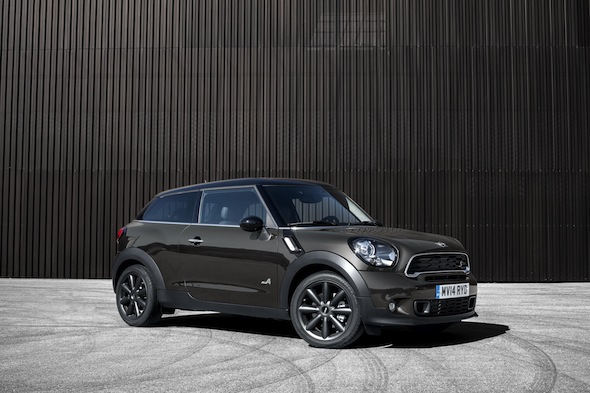 Mini has recently revealed the new look for its latest cars, introducing some great new features and styling to both the Countryman and Paceman models.
The Countryman was the first to be seen at the New York International Auto Show last week and the Paceman followed in Beijing this week.

Both the Countryman and Paceman have adopted an edgier look. They feature updated front and rear bumpers and a new hexagonal-shape grille is donned by both models.

Mini reveals new look Countryman and Paceman
Up Next


Mini's latest models are also the first to be available with MINI ALL4, the marque's four-wheel-drive system. That means the all-wheel-drive version of the Countryman benefits from flared side sills to make it stand out from its front-wheel-drive sister.

The Paceman and Countryman also both feature the new MINIMALISM technology. This means all of the firm's petrol and diesel engines now have lower fuel consumption figures and meet EU6 emission standards, while still remaining fun to drive.

Mini reveals new look Countryman and Paceman
Up Next


Mini is calling the Paceman, "the world's first sports activity coupe in the premium compact segment". It offers a sportier driving experience and is designed as a 2+2 with two sports seats in the front and two individual seats in the back. Mini has also introduced new lightweight alloy wheels with an updated design as well as LED fog lights and LED daytime running lights.

The Cooper S models of both the Paceman and the Countryman boast an impressive 185bhp, despite being more efficient than ever. Slightly more potent John Cooper Works models develop 213bhp and come with MINI ALL4 as standard.
Tags
Read Full Story Click here to comment