One in eight drivers still use mobile phone at the wheel 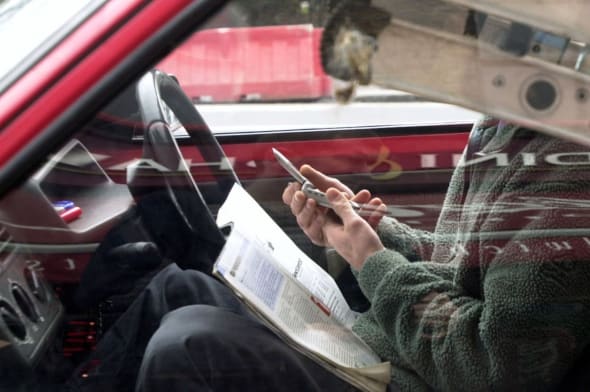 A new survey by road safety charity Brake and insurance specialists Direct Line has revealed that one in eight UK drivers admits to using a handheld mobile phone while behind the wheel and one in 25 claims to have read or sent texts while driving.
Although that figure is a large drop from over a third (36 per cent) in 2006 - two years after mobile phone use while driving was made illegal - it still concerns the road safety charity.

Hands-free usage has risen in the same time period from 22 per cent to nearly four in every 10 drivers (38 per cent) and although it isn't illegal, Brake believes making a call using a headset or Bluetooth technology is just as dangerous as physically holding a phone.

Brake's deputy chief executive Julie Townsend said: "It is shocking that, 10 years after the ban, one in eight drivers continues to flout the law and put lives in danger by using a hand-held mobile at the wheel.

"Just as worrying is the widespread belief that using a hands-free kit is a safe alternative. Don't kid yourself, it's not."

The charity cites a study by the University of Western Australia, which revealed that the risk of being in a crash that causes injury is increased four times for drivers on both hand-held and hands-free phones.

Rob Miles, director of Motor at Direct Line, commented: "The fact that using a hands-free mobile while driving could be more dangerous than drink driving will understandably come as a shock to many drivers who currently use a hands-free device to comply with the law.

"The potential for casualties from mobile phone distraction is frightening. Hopefully as drivers become more aware of the dangers inherent in the use of mobile phones whilst driving, it will become as much of a social taboo as drink driving has become in recent years."