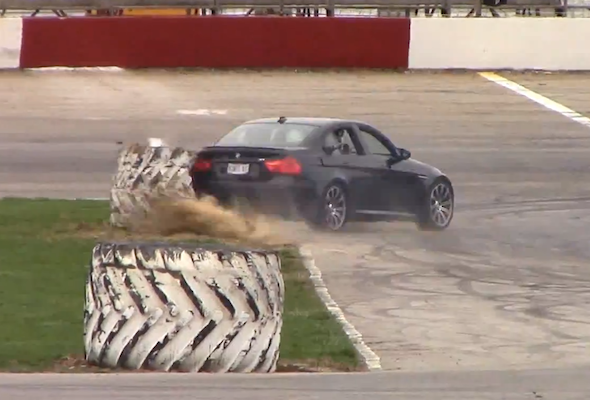 In a staggering example of 'all the gear, no idea', a US driver has smashed his BMW M3 up while attempting to drift it on track.
And what's worse, he was clearly looking to show off his drifting skills, having loaded his car full of camera-toting friends, who likely thought they best document what they mistakenly believed was to be an epic display of car control.

Instead, what they're most likely to have filmed is some gratuitous swearing and arm-flailing from the inept driver, as his V8 super-saloon gets away from him. That and some rather handy whiplash evidence should Injury Lawyers 4U get in touch.

Filmed at the Columbus Motor Speedway in Ohio, the results of this guy's brief joyride are grimly predictable from the outset. Still, kudos to him for using his car as its maker intended, and not just posing about the high street in it.

Click play below to see how not to impress your friends while behind the wheel.

‘Lost education’ could be addressed in grading for 2021 exams, minister suggests

Up to 1,809 pubs hit by new Greater Manchester lockdown measures