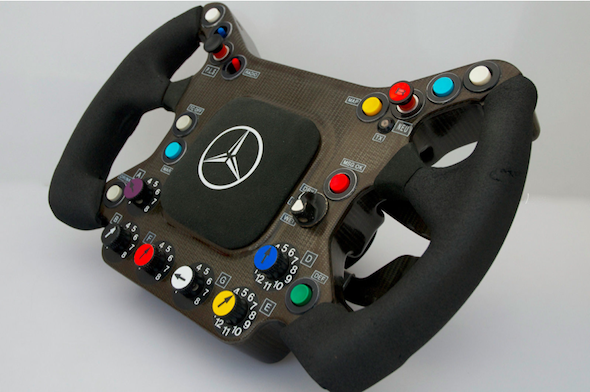 Kimi Raikkonen's 2003 Formula One steering wheel has turned up on eBay, and is yours to own for a mere $23,999 (£14,354).
The genuine piece from the McLaren MP4/17D was never actually used on the car but held as a spare. This means it's in virtually new condition and if you have a McLaren F1 car in your back garden you could actually use it. You'd hope for that price it would be plug and play too!

The current owner states: "Don't miss your opportunity to own one of the most unique McLaren F1 parts from one of the greatest drivers in Formula 1!"

Raikkonen missed out on the championship title by just two points in 2003, with Michael Schumacher taking the win.

In 2003 he was paired with David Coulthard. It was the Finnish driver's third season in F1 and his second with the West McLaren Mercedes team.

If you're interested in buying your own piece of Formula 1 history the seller is taking reasonable offers and you can find the advert here.

If you're not in the market for a steering wheel, though, the seller also has one of Michael Schumacher's Ferrari pistons that he claims has been used in a race, several of his signed visors and the racing shoes Pastor Maldonado used in the first US Grand Prix.