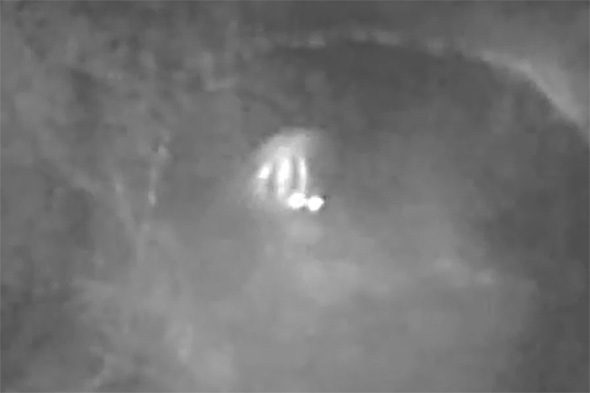 Two men believe they have found the Australian Bigfoot in South Queensland.

They uploaded a video of the 'Yowie' on YouTube and wrote: "We believe its a young Yowie In the early morning on saturday 29/03/2014.

Speaking to the Daily Mail, the friends said: "We'd been throwing him a few extra apples since he was willing to appear on camera.

"We even left a few apples without the camera and said 'you can have the apples but we don't get the prize.'"

Cryptozoology News reports that Heal and Dunn started looking for the Yowie in 2012 and have searched across most of Queensland and New South Wales National Parks.

They say they would also "like to travel to the US in Search of Sasquatch too."

"Heard growling, rocks thrown, tree branches snapped, strange smells, felt as if we are being watched," the pair wrote on their YouTube page.

"Seen many foot prints, felt like being followed walking out in the middle of no where late at night​."

Thelma Crewe was reportedly in her kitchen watching one of the creatures standing on her lawn for a few minutes before it joined the other one and they both walked away into the night.

Watch: Has Big Foot been captured on camera by a camper in Utah?

Video: Is this Bigfoot's lair in the forests of Arizona?