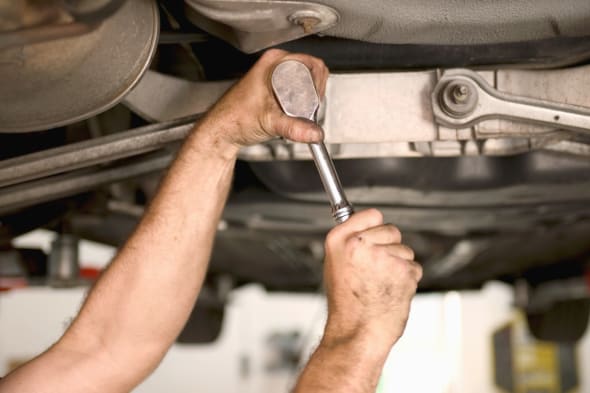 Alexander Keating, of Widnes, has been sentenced to 200 hours unpaid community service and ordered to pay over £2,000 in compensation after being found guilty of stealing parts from a hire car and replacing them with old, worn-out parts from his ageing car.
The bodyshop technician had stolen the gear knob, steering wheel, brake calipers and other parts from an Audi A3 loaned to him by accident management company Accident Exchange.

The crafty customer then took the pilfered parts and fitted them to his ageing Audi S3, bolting the worn-out parts to the hire car before handing it back to Accident Exchange.

The game was up for Keating when a garage worker at a local bodyshop discovered the mismatched parts on the A3 and promptly called the police. Accident Exchange's bespoke anti-fraud team, Asset Protection Unit (APU) was also called-in to help solve the case.

Sentencing Keating at Warrington Crown Court, Judge Nicholas Woodward described the case as "a serious example of theft" and demanded he pay over £2,500 in fines and court fees.

Neil Thomas, Director of Investigative Services at APU, said: "This guy is clearly no master criminal, to think that he could swap parts on one of our cars without us noticing.

"This case was another great example of good teamwork and how APU can work with businesses and local Police to bring all manner of motor fraudsters to justice."