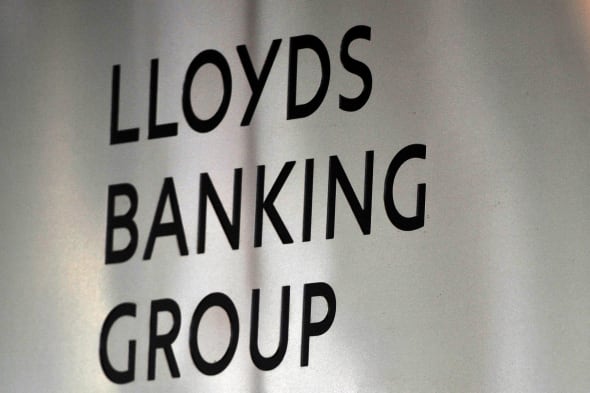 %VIRTUAL-SkimlinksPromo%Lloyds has been accused of cutting its compensation payments for mis-sold payment protection insurance (PPI) by exploiting an obscure loophole.

Justice for those flogged inappropriate policies appeared to be upon us, with millions claiming compensation (averaging £2,750 each) for mis-sold PPI policies. Banks have put aside over £22 billion to meet these claims, which exceeded £5.4 billion last year alone.

But it has now emerged that Lloyds has been short-changing compensation claimants.

Using an obscure legal loophole that has been agreed with the Financial Conduct Authority (FCA), Lloyds has been sharply cutting PPI compensation payouts to thousands of claimants.

The loophole, known as 'alternative redress', works like this: Lloyds calculates the correct PPI compensation due under FCA guidelines. For mis-sold single-premium policies, Lloyds then calculates the total premiums due for a similar monthly-premium policy. The bank then subtracts this deduction for monthly premiums and makes reduced payouts to claimants.

Essentially Lloyds is reducing compensation to PPI claimants by using the argument that the only thing wrong with their existing policies is that they were written as a single premium (which makes this protection much more expensive).

The bank is arguing is that, apart from selling a single-premium policy, all other aspects of these PPI sales were completely above board. It claims that every single one of these alternative-redress customers would have definitely bought monthly-premium PPI policies had these been on offer.

By taking this stance, Lloyds does two amazing things. First, it reads customers' minds to conclude that each and every one of these claimants would surely have bought (cheaper) monthly-premium policies. Second, it assumes that all of these sales were squeaky clean, despite institutionalised mis-selling of PPI right up until recent years.

In some cases, Lloyds is wrongly using alternative redress to reduce PPI compensation payouts by £1,000 or more. Whatever the true scale of this tactic, it is short-changing Lloyds customers by many millions of pounds a year.

What's interesting is that the Financial Ombudsman Service (FOS) seems to disagree entirely with Lloyds' stance on using alternative redress. According to figures obtained from claims management companies, the FOS has overturned 100% of alternative-redress payments made by Lloyds.

In other words, every single alternative-redress case we know of has been thrown out, with Lloyds ordered to make full payment to each and every claimant caught by this sneaky ruse.

How big is this new rip-off?

As a PPI expert who worked in this industry from 1991 to 2002, I was approached by the BBC to dig deeper into this story. The resulting programme - PPI: Britain's Biggest Banking Scandal - airs on BBC
Radio 4 at 8pm tonight (Tuesday 25th March) and will be on iPlayer for a few days afterwards.

Using industry data, plus figures supplied by the PFCA (the Professional Financial Claims Association, a trade body representing claims management companies), I worked out that Lloyds had used alternative redress to deprive PPI compensation claimants of an estimated £67 million in the past 12 months.

Lloyds denies using this tactic so extensively, but admits that thousands of customers have had their payouts cut by applying alternative redress.

Lloyds breaks ranks with other banks

Over the past three years, Lloyds has increased its reserves for PPI compensation payouts six times.
At present, Britain's biggest high-street bank has set aside over £9.8 billion to meet these claims.
With PPI compensation producing multi-year losses for the bank, Lloyds is clearly desperate to consign its PPI mis-selling to history.

Yet the bank is using alternative redress on a scale not seen at any other bank. My estimate is that Lloyds is using this loophole to cut payouts at least five times more often than other banks are.

Lloyds' response to this new scandal has been remarkable, given the scale of this exposé. It denies that it is abusing alternative redress to unfairly and wrongly reduce the compensation to which PPI claimants are entitled. Nevertheless, it told the BBC that one in nine PPI offers (11%) it made in the last three months of 2013 applied alternative redress to reduce payouts.

What should you do?

In typical cases, Lloyds' use of alternative redress has reduced compensation payments by a third.
However, to our knowledge, the FOS is overturning every one of these cases put before it, increasing final payouts by as much as half (50%).

My advice to PPI compensation claimants is simple. If you have received a PPI compensation payment from Lloyds (or one of its subsidiaries) since January 2013, then dig out your paperwork.
Check this very carefully to find any deductions from the top-line figure. If Lloyds has used alternative redress to reduce your payment, then contact the bank before making a formal complaint to the Financial Ombudsman Service.

It is highly likely that the FOS will overturn Lloyds' decision and award you higher compensation.

Lloyds bank uses loophole to shortchange PPI claimants
Once you have opened a current account with a bank or other lender, you will get a steady flow of emails, letters (and maybe phone calls) offering you a savings account, loan, mortgage, ISA etc to go with it. But while it may be tempting to have everything in one place, it's better to do the legwork and shop around for the best financial products. You can compare interest rates on loans and savings accounts in the 'best buy' tables in the newspapers, or look online on comparison sites. Remember you can still easily transfer your money between accounts, even if they are not with the same financial institution.
Whether you want to apply for a new mortgage or refinance an existing one, your bank will probably be very happy to give you an instant quote in the hope that you will go with them. They may not tell you that you can shop around at other lenders. A mortgage broker can give you an overview of the best interest rates on offer, and might be able to cut you an even better deal him/herself.