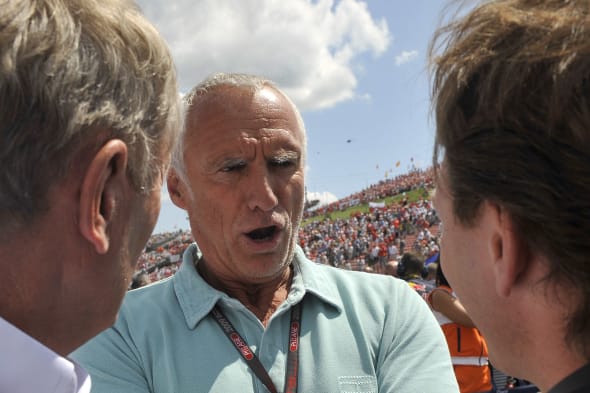 Dietrich Mateschitz, the owner of Red Bull, has indicated that the company could consider quitting Formula 1 over the row involving Daniel Ricciardo's disqualification from the Australian Grand Prix last weekend.

In an interview with Austrian newspaper Kurier, Mateschitz was asked about the hints he has dropped in the past that the company could withdraw from the sport if the economic conditions were no longer favourable.


In response, he said: "The question is not so much whether it makes economic sense, but the reasons would have to do with sportsmanship, political influence, etc. We've already seen this sort of thing. And overall, for us, they would have to constitute a clear limit."

Asked whether that limit had been crossed with Daniel Ricciardo's disqualification from the Australian Grand Prix, Mateschitz refused to deny that that was the case, adding: "The team has lodged a protest. The fact is that the fuel flow sensor that was stipulated by the FIA gave different values when used as specified in testing – and therefore, it's inaccurate. We can prove the exact fuel flow. And it was within the regulations."

Ricciardo was disqualified after it was revealed that Red Bull had not used the official fuel flow measuring sensors on his car during the race.

Red Bull say that the FIA's sensors weren't accurate enough, so it opted instead to use its own readings.

The regulations state that a team can do this if it feels the sensors are faulty, but that it must have permission from the FIA first – which was not given in Melbourne.

Mateschitz also criticised the new Formula 1 regulations, suggesting that the cars have become too quiet.

Asked what should be done to win back fans, Mateschitz said: "Formula 1 needs to be turned back into what it once was: the supreme discipline. It is not there to set new records in fuel consumption, nor to allow you to talk in a whisper during a race, where the loudest noises are the pit radio and the squealing tires.

"I consider it equally absurd that we're lapping around a second slower than last year and that the junior GP2 series already offers more motorsport lap times that are almost as fast as Formula 1 at a fraction of the budget."

EFL ‘deeply frustrated’ by decision to delay return of crowds