Video: Kobayashi in a Caterham 620R 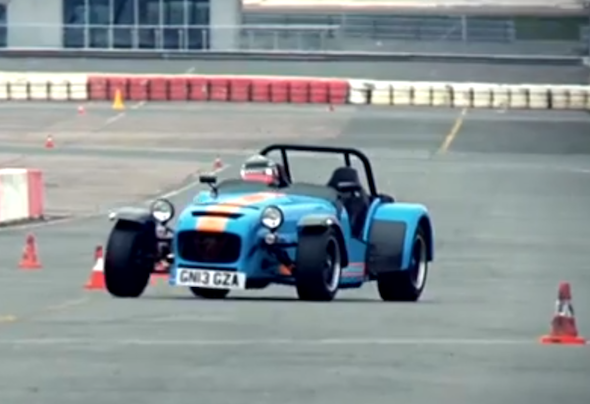 After a year away competing in the World Endurance Championships, Japanese racing driver Kamui Kobayashi is back where he belongs, at the wheel of a Formula 1 car.
He's now racing a car campaigned by Caterham F1, and the brand has wasted no time in getting its latest signing into its hottest road car to date, the 620 R.

Shot at an overcast Silverstone, the video highlights just how far removed the 620 R is from the high-tech F1 spaceships Kobayashi is used to. There's no hybrid power, no advanced (or any, really) aerodynamics and no infinitely variable suspension or brake settings.

However, what the Caterham 620 R does so well is use its raw simplicity – there's not even any power steering – to serve up massive driver thrills. Despite a relatively small power output of 311bhp, the car's extremely light kerb weight of 549kg means it will rocket from 0-60mph in just 2.79 seconds.

All of which suits Kobayashi just fine. Giving it maximum attack around the Northamptonshire circuit, he is clearly enjoying himself as he wrestles with a car that has been accused of being too extreme for the average driver.