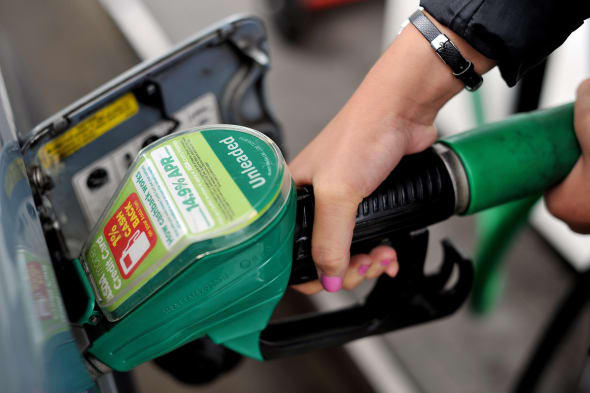 %VIRTUAL-SkimlinksPromo%Petrol prices are at a three-year low, according to figures from the AA.

But the good news for drivers is offset by a real-terms dip in earnings which has pushed wages back to 2002 levels adjusting for inflation, the AA added.
Petrol prices are at a three-year low, according to figures from the AA.

But the good news for drivers is offset by a real-terms dip in earnings which has pushed wages back to 2002 levels adjusting for inflation, the AA added.Petrol forecourt prices averaged 129.46p a litre in mid March compared to 129.63p in mid February. A year ago petrol averaged 138.42p a litre.

The AA added that diesel prices are at their lowest since July 2012, averaging 136.59p a litre in mid March compared to 137.02p last month, with wholesale price reductions pointing to a further 1p to 2p-a-litre fall shortly. A year ago diesel averaged 145.24p a litre.

Chancellor George Osborne announced in his Budget this week another fuel duty freeze. In contrast, the AA said 11 EU countries have increased or are due to increase their fuel duty this year, including France, Holland, Italy and Sweden.

The AA also pointed to a small increase in the number of UK petrol stations after years of decline, and the recent improved weather compared with the extreme cold of March 2013.

But the AA said an Office for National Statistics report at the end of February stated that inflation had turned an average 2%-a-year increase in earnings into an overall 8% decrease between 2009 and 2013.

By April 2013, weekly earnings for full-time employees in the UK "were similar to the level seen in 2002" when adjusted for inflation.

AA president Edmund King said: "Appalling weather up until 10 days ago will have reduced car use and fuel consumption.

"However, official figures on inflation-hit earnings reveal a more persistent dark cloud hanging over the ability of UK drivers to use their cars. This is clearly making business difficult for fuel retailers too."

Across the UK, Yorkshire and Humberside remains the cheapest area for petrol, averaging 129.1p a litre. Northern Ireland may still be most expensive but at least its average has caught up with the rest of the country and fallen below 130p a litre.

At 136.3p a litre, London shares its position as cheapest area for diesel with the West Midlands, while Scotland is most expensive at 137.3p.