Half a million pounds wasted on first MoT test fails 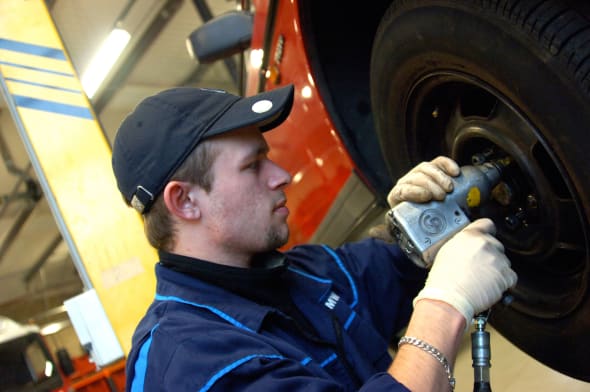 New research by WhatCar? Magazine has found that motorists cost themselves nearly £500,000 a year by allowing their cars to fail MoT tests for simple reasons, such as forgetting to clear the car of clutter and plastering stickers on the windscreen.
The research analysed 285,236 MoT test failures recorded between August 2012 and August 2013 and found that almost 4 per cent of these were on cars having their very first test and could have been easily avoided.

A staggering 4,600 cars failed because owners refused or forgot to top-up windscreen washer fluids and 2,852 failed due to the car being dirty and full of clutter – both problems that are quickly and easily remedied.

More surprising still is the fact that 800 vehicles failed because dashboard warning lights were illuminated and had been previously ignored.

What Car?'s consumer editor, Emma Butcher, said: "There are some really simple things that every motorist can do to help a three-year-old car pass its first MoT test, but it's amazing how many people don't do them.

"Many people probably don't even realise that MoT testers can refuse to test your car if it's too dirty or full of clutter.

"However, most know there are rules about having a standardised registration plate and yet we found 29 people whose car failed because their numberplate was the wrong colour, and 114 who presented their car without a number plate at all."

Among some of the most common reasons for MoT failure are tyre tread depth being below the 1.6mm limit, brake pads being worn down to less than 1.5mm thick and headlamps being wrongly aimed.

What Car? has launched a new website www.whatcar.com/mot and online tool, designed to help drivers boost their car's chances of passing its first MoT test.