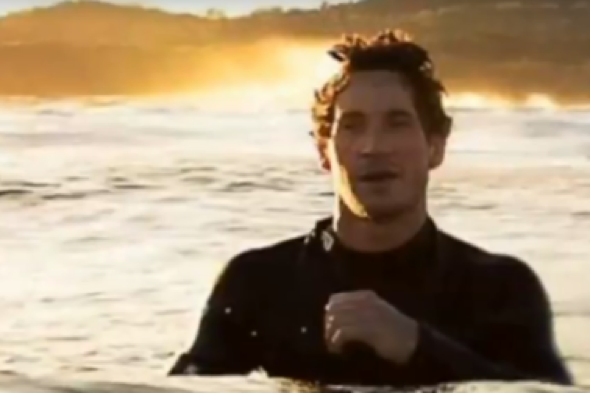 A man who collided with a dolphin while surfing in Australia broke two ribs - but was in so much pain he originally thought he'd broken his back.

John Wolfson was enjoying a surf in a remote spot south of Sydney for his 27th birthday when he was rammed by the dolphin.

He was paddling out past breaking waves at Bawley Point, near Bateman's Bay on the NSW South Coast, when he spotted a pod of bottle nose dolphins playing nearby.

One of the dolphins then dived beneath the surface before coming up and hitting John with so much force it tore his neoprene wetsuit and fractured two ribs.

John had to be airlifted to hospital and was reportedly in an incredible amount of pain, initially thinking he'd hurt his back before then realising it was his ribs.

According to The Australian, pal Cory Sean said: "My mate was just in a lot of pain. His wetsuit was entirely ripped off his body and he was complaining, saying straight away he'd broken his ribs."

But he has brushed off the incident as an accident. The Daily Mail reports that he said: "I love dolphins. It wasn't on purpose. They were surfing the waves and I just got in its way (when) I was paddling out.

"I don't think it saw me. It was just the wrong place at the wrong time, you know?"

Bodyboarder hit by dolphin breaks two ribs in Australia
Up Next

Man killed by great white shark while fishing in Australia

8 Minutes And 46 Seconds: Remembering George Floyd And The Victims Of Police Brutality