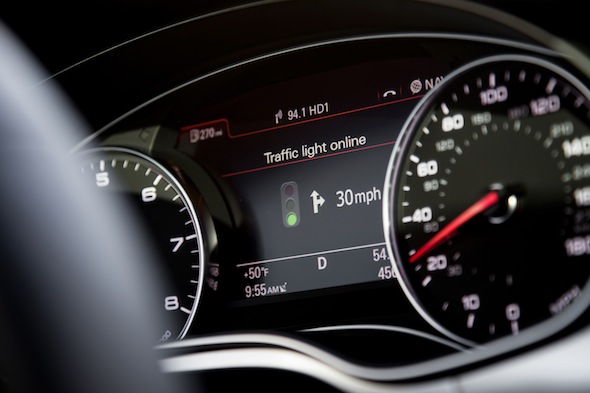 Audi is aiming to ease traffic-light tribulations, thanks to advanced recognition technology that it has developed.> The German claims that its clever new system, dubbed 'Online traffic light information', could save time and fuel, with a possible 15 per cent reduction in CO2 emissions.

It uses in-car Internet via Audi Connect to link the vehicle and the traffic-light network via the central traffic computer in towns and cities. This allows it swift access to the change sequences so that as a vehicle is approaching a set of lights it can work out and show the driver – via the Driver Information System in the central instrument cluster – the speed they need to be doing to coast through the lights when they are on green. 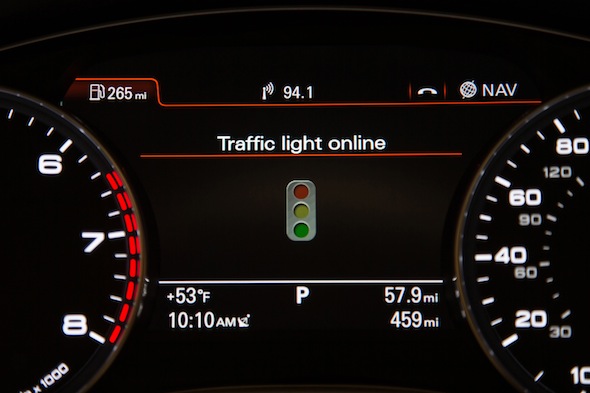 If the vehicle is already at a red traffic light, Audi Connect will work out and count down how long there is to go before it changes to green. It also interacts with the car's Start-Stop function so that the engine is on five seconds before the green light.

According to Audi, the system could save some 900 million litres of fuel each year if used throughout Germany.

The Audio Online traffic light information system – which was demonstrated during a technology display at this year's Consumer Electronics Show in Las Vegas – is production-ready and undergoing extensive tests in the Nevada city, Verona and Berlin.

A market launch for the system is being seriously considered in the United States.

If granted the necessary government legislation, the technology could be fitted to every Audi model in the range. 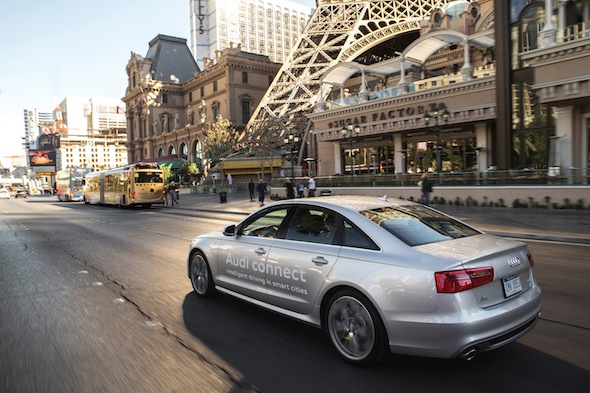 5 talking points ahead of the French Open