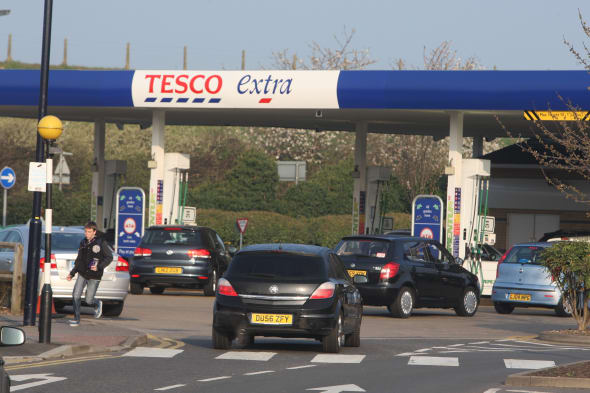 Prepare to dig deeper to pay for petrol and diesel, despite recent price cuts. Oil prices look set to climb following a demand forecast hike by Opec. Buoyed by increasing global economic confidence, the cartel of 12 oil exporters says consumption could accelerate by 50,000 barrels per day.

While Tesco and Asda recently launched a price war, this may mean further fuel cuts are limited. Should you fill up? %VIRTUAL-SkimlinksPromo%


Capped - but for how long?

Currently Asda claims they're the only supermarket that has a national fuel price cap. Asda says motorists will pay no more than 132.7p a litre for diesel and 126.7p a litre for petrol. Tesco has snipped petrol and diesel by 1p a litre.

Morrisons and Sainsbury's have stayed clear of the discounting though Morrisons may change its mind on the back of this morning's new profit warning and a strategy re-think - Morrisons takes a chunky near-25% of total revenues from fuel sales.

The longer term UK fuel outlook will begin to clear next week when Chancellor George Osborne announces his Budget (19 March).

Fuel duty currently stands at 57.95 pence per litre, where it has stayed since March 2011. Around 60% of what you pay at the pump price is taxation and around 7% of all Treasury income comes from motorists.

Lead by motoring journalist Quentin Wilson, backed by the RAC, the Freight Transport Association and some MPs, the FairFuelUK Campaign has renewed calls for a 3p cut in duty. Wilson doesn't sound optimistic following a lobbying visit to Vince Cable at the House of Commons.

"Why, when I make these regular visits to the Palace of Westminster do I always feel like some mischievous five-year-old who's been caught playing hopscotch in a cathedral?," he said in his blog.

"All I'm asking for is to help businesses and families squeeze a tiny bit more out of their thread-bare finances so we can all get through another difficult year."

A recent study by the National Institute of Economic and Social Research funded by the FairFuelUK campaign claimed a clear link between the cost of fuel, economic growth and employment.

Scotland recorded the highest derv price at 137.6ppl. The North West and Yorkshire & Humberside enjoyed the cheapest diesel at 136.7ppl, the AA claimed.