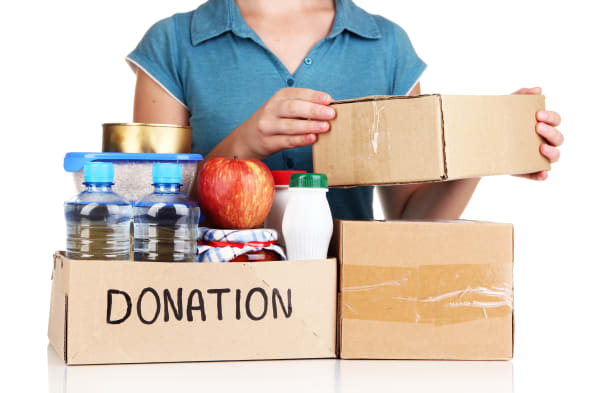 %VIRTUAL-SkimlinksPromo%More than three-quarters of Britons are giving the same amounts to charity or more than they were before the economic downturn struck, in further signs that consumer confidence is improving, according to research.

Some 76% of people surveyed for Halifax who have made donations in the past year said the sums of money they gave were either at the same levels as they were before 2008 or that they were being more generous.
Nearly eight in 10 women (79%) have donated money in the last 12 months compared with seven in 10 men (70%).

When similar research was carried out in 2012, just 62% of people said the level of their donations was the same or more than before the downturn.

More than one quarter (26%) of donors had given money to a national children's charity and just over one fifth (21%) had put their cash towards a national animal welfare charity.

Anthony Warrington, director of current accounts, Halifax, said: "Many families have seen their finances come under pressure since the economic downturn, but it's encouraging the upturn in the economy is now being mirrored in an increase in the level of charitable giving by consumers."

The findings come amid signs that the squeeze on households' budgets from living costs is starting to weaken. The Consumer Prices Index (CPI) rate of inflation dipped to 1.9% in January, marking the first time in four years that inflation has fallen below the Bank of England's 2% target.

Economists forecast that inflation will remain under the 2% target throughout 2014, raising hopes that wage growth will finally overtake rises in the cost of living.

As well as consumer research, the Halifax review was also compiled from a range of statistics, including data from the Office for National Statistics, HM Revenue and Customs (HMRC) and the Charities Aid Foundation.

A global "giving index" recently released by the Charities Aid Foundation named the UK as the "sixth most charitable nation in the world".

The index is based on surveys in 135 countries and takes into account the percentage of people who give money to charity, volunteer their time or help a stranger.

Hannah Terrey, head of policy and campaigns at the Charities Aid Foundation, said: "Any indication that people feel able to increase their support for the causes they care about is fantastic news.

"In Britain we have a proud record of supporting charitable causes. Many charities doing vital work in the community rely on the consistent support of people across the country.

"Our research shows that the UK is one of the most generous countries in the world and first in Europe for giving hard-earned money to good causes."

The Monaco-based billionaire is said to be worth more than £4.2bn, with Topshop and Topman among the country's most successful brands. His first job, aged 12, was working for a shoe importer. He set up his first business at 15 with a £20,000 loan, on-selling imported jeans from the Far East to London-based retailers.

Branson's first successful business venture came in 1976 when he set up Student magazine aged just 16. In 1970, he founded a mail-order record retailer and within a year had opened his first shop on London's Oxford Street – Virgin Records. His fortune is estimated at £3.085 billion, according to the Sunday Times rich list.

The inventor gave his name to the household vacuum cleaner that would make him a fortune of £1.45 billion. James Dyson first reinvented the vacuum cleaner with the launch of his dual cyclone bagless 'G-Force' cleaner in 1983, followed more recently by the hand dryer and the fan. In 1997, Dyson was awarded the Prince Phillip Designers Prize, and elected a Fellow of The Royal Academy of Engineering in 2005.

Founder of Specsavers, Bristol-born Dame Mary Perkins is Britain's first female self-made billionaire, reportedly worth £1.15 billion. The 67-year-old and her husband Douglas, 68, founded the eye-care company in 1984 and they can now boast more than 900 stores across Britain. Perkins was made a Dame Commander of the Order of the British Empire in 2007 as recognition for her work.

Recently retired Beckham is the highest earner in British sport, according to the Sunday Times Sport Rich List. 'Brand Beckham' that has seen the 38-year-old amass a fortune of £165 million from endorsement deals and salary payments from his company, Footwork Productions, over the last decade. But Beckham is still some way off the richest sportsman in the world - golfer Tiger Woods, who is worth a staggering £570m.

Yorkshire Tory peer Lord Kirkham entered the billionaire league in 2010 when he sold his furniture company, DFS, for a reported £500m. In 41 years, Kirkham grew the brand, which started on the outskirts of Doncaster, to 79 stores, three factories and more than 2,600 staff. He received a Knighthood in 1995, a Peerage in 1999 and a CVO in 2005. He now owns a large share in Iceland supermarkets and is worth a reported £1.1billion.

The former Beatle takes the top spot in the Sunday Times Rich List of musical millionaires, sharing a £680 million fortune with his wife Nancy Shevell. McCartney has topped the list of wealthy musicians every year since it was formed 1989 when his fortune was estimated at £80 million.

Author of the hugely successful Harry Potter series, Joanne Kathleen Rowling, has a net worth of £560 million – making her the world's richest author. Rowling wrote the first Potter books on a manual typewriter while a single mother living on benefits. The manuscript for the first Harry Potter novel was rejected by 12 publishers and when finally accepted, Rowling received an advance of just £1,500. Harry Potter is the highest-grossing film series of all-time and the brand has been estimated to be worth as much as £10 billion.

East-ender Lord Sugar, best known for his no-nonsense judging on BBC1s The Apprentice, started his career at 16, selling car aerials and electrical goods out of a van he had bought with savings of £50. In 1968 at the age of 21, Sugar started home electronics company, Amstrad (short for Alan Michael Sugar Trading). By the age of 40 he was worth about £600m. Sir Alan sold Amstrad in 2007, and is now worth a reported £770m, with much of his wealth coming from his extensive property empire.