No sex instead of fares, taxi drivers warned 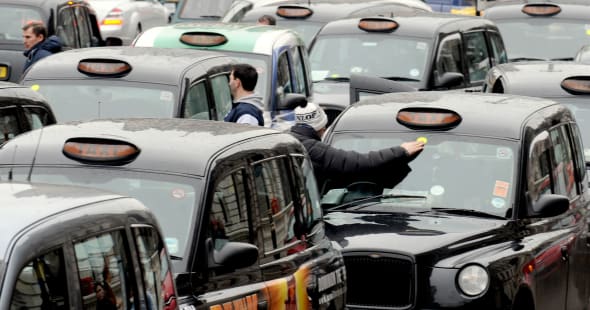 Taxi drivers in Hartlepool have been warned not to accept sexual favours in lieu of payment, after a driver was found to have had sex with a passenger in the back of his cab when she could not afford the fare.
The Council has been forced to write to dozens of taxi firms in the North East, warning them not to engage in sexual behaviour if they want to keep their jobs.

The move comes after a taxi driver was caught in a compromising position with a female passenger, outside her home in Cleveland, Hartlepool.

It is understood that she offered the driver sex when she realised she couldn't afford the fare. He has since had his taxi driver's licence revoked by council officials.

According to the drivers themselves, the offering of sexual services by ladies with insufficient cash is commonplace.

One unnamed taxi firm employee told the Daily Mail: "It does not surprise me at all, it is very common for girls to ask if they can perform a sex act when they are short of cash."

Another told the newspaper: "It's not uncommon for some of the lasses to offer the drivers things other than a fare when they make their way home from a night out.

"We have heard a few tales like this one. Normally this type of request gets laughed off by the drivers, but obviously temptation got the better of one of the lads."

Hartlepool's taxi companies have since been warned that their operating licences could be revoked if their drivers are caught engaging in such activities, stating in their letter that 'any offers of sexual favours must be politely refused'.
Tags
Read Full Story Click here to comment