Driver rescued after digger topples into sea in Dorset (photos)

Share
AOL Travel
A man operating a digger had to be rescued by emergency services after the machine toppled into the sea at Portland Harbour in Dorset.

The worker reportedly suffered a broken collarbone and broken leg when the machine fell around 15ft into the water.

He was taken to hospital by air ambulance after being rescued by coastguards, fire brigade and workmates.

He had been working on a harbour wall when the digger tipped over the edge and into the sea. The man fell out of the driver compartment and the machinery fell on top of him, reports the Daily Mail. 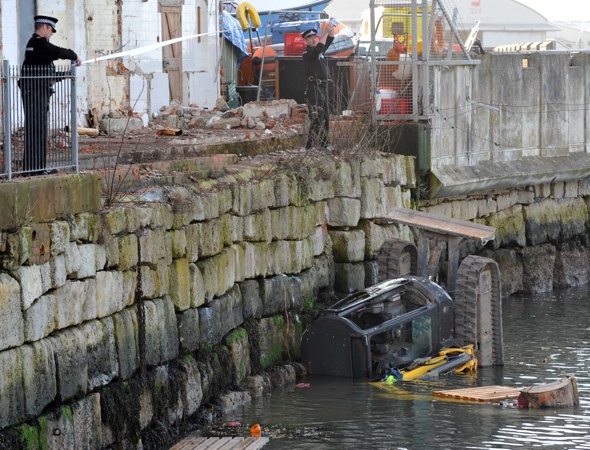 He managed to crawl to a bank where he was put on a stretcher and winched to safety by the coastguard helicopter.

According to the Dorset Echo, one onlooker said: "We are dealing with a rising tide here and the man was incredibly lucky the coastguard helicopter got to the area as quickly as it did.

"I believe it was instrumental in his rescue."

Following the incident, fresh calls have been made to save the Portland coastguard helicopter after plans were revealed to close its base in 2017.

Police are currently investigating the incident.