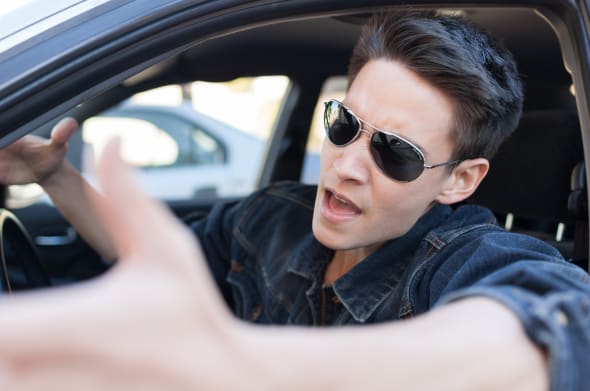 New research from Allianz Insurance has revealed that a staggering 79 per cent of British drivers worry about getting behind the wheel, with 29 million believing a crash is just around the corner.
The insurance specialist has dubbed the phenomenon 'accident anxiety' and according to survey results, 45 per cent of respondents believe it is caused by tailgaters, 41 per cent suggest it is because of aggressive 'road rage' behaviour from fellow drivers and 29 per cent believe it is due to an excessive amount of uninsured drivers on British roads.

Results suggest that 'accident anxiety' is so great among some drivers that 17 per cent of those involved in the questionnaire have actually opted out of making a journey because of their driving worries.

The research found that 81 per cent of drivers said that they have been involved in car accidents that were not their fault. And after experiencing a collision, one in five motorists (22 per cent) revealed they felt more worried, more stressed and less confident behind the wheel yet just 7 per cent believe that more driver training will solve the problem.

Jon Dye, CEO of Allianz Insurance said: "It's worrying to see that so many motorists feel they will have an accident, and yet so few feel more driver training would help. Drivers can only drive at their best if they feel calm and alert and not unduly worried about what other motorists are getting up to.

"Tailgating, 'road rage' and uninsured drivers can all cause accidents and contribute to the claims costs faced by insurers at a time when the industry is looking to bring down premiums in a sensible way for customers."

James Gibson, of Road Safety GB, said: "Actions like tailgating and aggressive driving behaviour can be particularly intimidating. Motorists need to find ways of coping with the actions of others when they get behind the wheel.

"The best advice is not to react to the aggressive and inconsiderate behaviour of others as this can cause a collision. If you are being tailgated it is best to recognise that some drivers are intent on overtaking and the best way to deal with this is to simply allow them to pass when it's safe to do so.

"It can be useful to think about the things that cause you stress and anxiety and develop strategies to cope before you start a journey."
Tags
Read Full Story Click here to comment

Man screams with delight after Venus flytrap captures its prey

A Minute Of Kindness: Bringing Books And Toys To Kids Who Survived Hurricanes