Are bank receipts bad for your health? 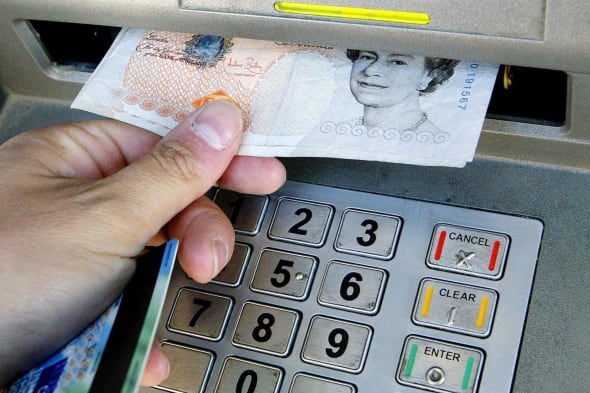 Do you routinely get a receipt with your money from the cash machine? If so, a new report claims that you may have been exposing yourself to a dangerous chemical. The problem is bispehnol A, used in thermal receipt paper, which has been linked with a number of health issues in the past.

So should you be worried?%VIRTUAL-SkimlinksPromo%

The research was carried out by Doctor Shelley Ehrlich, of Cincinnati Children's Hospital Medical Centre, and published in The Journal of the American Medical Association. The results were reported in the Daily Mail, which drew attention to the fact that in the past the chemical has been linked to brain development in children and fertility in adults.

The researchers took urine samples from 24 volunteers, then gave them receipts to handle for two hours. After that they took a second sample. The results showed that before the test 83% of urine samples contained the chemical, and after the handling 100% did.

Should you be worried?

It's worth highlighting that the experts conducting the tests didn't draw any alarming conclusions at all. They told Fox News that the average person shouldn't be worried by their findings. Instead they simply said they needed to do a larger test and then work out what the implications might be for people who spend all day handling this sort of paper.

It's also important to note that the conditions of the test are highly unlikely to be replicated by most people in real life. Can you honestly think of a time when you were handling a receipt for two hours continually?

And finally, don't forget that even if they hadn't handled receipts at all, 83% of people already had this chemical in their urine. It's in all sorts of clear hard plastic and the lining of tin cans, so we are absorbing it all around us every day. If 83% of people already had it in their urine, should we really be concerned that this increased to 100% after a test which was not a realistic reflection of everyday activity?

Perhaps we ought to me more worried about the study in 2011 that found that there were as many germs on a typical cash machine as a public toilet. Among the germs the experts found on the keypads at the time were those which cause sickness and diarrhea. They concluded that ideally we shouldn't be using an ATM at all without wearing gloves.

Or perhaps, this is all a bit alarmist, and we ought to worry more about the risk of crossing the road on the way to the cash machine. What do you think?