How to invest in an IPO 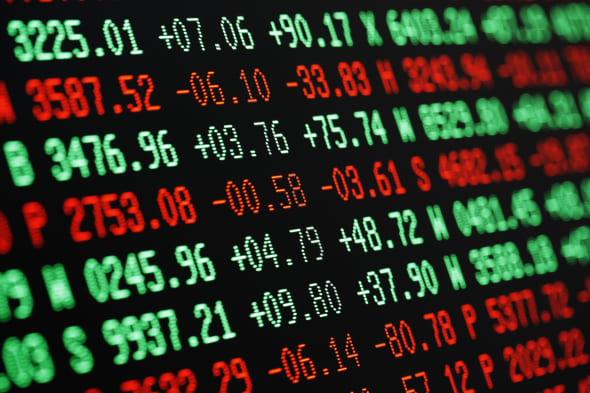 %VIRTUAL-SkimlinksPromo%2014 is predicted to the year of the initial public offering (IPO). So how do you go about investing in one?

The Royal Mail initial public offering (IPO), in October last year, whetted many people's appetites for new London listings when its shares jumped nearly 40% the following day. Partly thanks to its success, experts are now predicting that 2014 will spell a revival in the IPO market.
What is an IPO?

An IPO stands for initial public offering, which means the first sale of a company's shares to the public. For example, Royal Mail was previously owned by the Government, but now it belongs to shareholders – banks, pension funds and individual investors who bought its shares. An IPO is also referred to as 'going public', as the company begins trading on a public stock exchange like the FTSE 100 or FTSE 250.

In the days of the dotcom boom, investors could throw money at new companies coming to the stockmarket and be almost guaranteed to make money. Even last year, investors in the Direct Line IPO enjoyed strong returns. Still, it pays to be cautious about a new listing, even when the company is a familiar name.

This year there are at least 20 companies slated to list in London (and experts from Deloitte are predicting that there could be as many as 100) – everybody from retailers to banks are getting in on the action. Some of the bigger IPOs that could happen this year include TSB, the bank that separated from Lloyds last year, discount store Poundland, and Zoopla, the property website.

But before you jump headfirst into being a Poundland or Zoopla shareholder, what should you consider before investing in an IPO?

Firstly, it depends what kind of investor you are. An IPO offers an exciting opportunity for investors, but they often happen very quickly so you'll have to be a fairly active investor to know about them to begin with. Some IPOs are only available to institutional investors anyway (i.e. pension funds and big fund management houses), meaning private investors can be locked out until the first day of trading.

It might sound obvious, but always read the company's prospectus before taking any decisions, or have a financial adviser explain it to you. Chances are you're familiar with a company like Pets At Home (also said to be considering an IPO this year) and what they sell, but it's unlikely you know the numbers behind the company.

How long has the chief executive been in place, for example? How much money did it make last year? Without getting too deep into company financial structures, you'll need to understand why the shares are "priced" as they are, and whether or not that represents good value.

Equally, it's important to find some objective research on the company you're thinking of investing in so you're not just relying on what the company has to say about themselves, which will naturally be positive.

As with all investment decisions, it's imperative that you take adequate financial advice before taking the plunge, or not least understand the consequences – investments can go down as well as up, after all. Everybody remembers the feted Facebook IPO in May 2012 – on the US technology exchange Nasdaq – and everybody also remembers how much the shares fell in the months afterwards. The stock has now recovered, but in the weeks that followed the opening bell, the social network seemed like the worst investment ever.

This also begs the question – are you investing for short- or long-term gain? If you're not looking to benefit from opening price spikes, it could pay to see how the IPO plays out over its first few weeks on the market.

Bear in mind that there could be a "lock-up period" associated with any new company shares, so a private investor is obligated to hold them for a certain period of time after listing. This can be frustrating if the shares drop by half their value the day after the IPO and there's nothing you can do but wait.

How to buy shares in an IPO

It's important to use a good stockbroker with a good relationship with the banks handling the listing when investing in an IPO – typically because with a new listing, private investors usually aren't the first group that the company wants to target. However, an online sharedealing site is usually the best place to start. For example, many of the main sites offer a free email alert service to keep investors updated with new IPOs.

Details of how to buy shares will be available in the company prospectus: there is an "offer period", when the applications for shares is open, and a broker (such as Hargreaves Lansdown) or wealth manager can secure them for you. The offer period will then close, and the shares are admitted to the stockmarket for general trading.

Investing in an IPO isn't without risk, but the rewards can be great, as Royal Mail showed. And remember that if you missed out on the IPO, it's always possible to buy on the general market – so you won't miss out completely.

Have you ever invested in an IPO? What IPO would tempt you into buying? Let us know your thoughts and experiences in the comments box below.

Learn how to invest for income

How to invest in the recovery of the UK economy