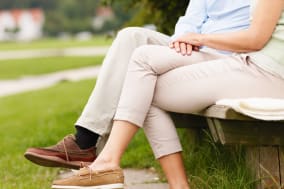 Accumulation and decumulation are two words in the pensions vocabulary that are guaranteed to make everyone's eyes glaze over.

This horrible jargon can be boiled down into more simple language: saving and spending.

The 'accumulation' phase of a pension is all the years that you are working and diligently saving or accumulating money. The 'decumulation' phase is when you hit retirement and you turn your pension pot into an income that you can spend.

The government has made great strides in getting us accumulating by auto-enrolling workers into workplace pensions. Even though people have been given the chance to opt-out of saving just 10% have done so which is a huge success.

There is a slight problem though. Auto-enrolment relies on inertia, hoping that people are too lazy, or too disconnected from their money, to bother opting out and they save by default.

This essentially makes the public think that the government has got this pension stuff sorted for them and actually they don't have to worry about it too much. This is true to a point as the government will start automatically taking more from employees and putting it in their pensions. Over the next three years employee pension contributions will rise to 4%.

But I think we are storing up a bit inert problem for the future: namely that people will be totally disengaged with the money they have saved.

This wouldn't matter too much if there was a default way to get at your pension cash when you hit retirement but there isn't. When you get to retirement you have to make one of the biggest financial decisions of your life: how to turn your pension pot into income.

You can buy a standard annuity, a fixed-term annuity, an investment-linked annuity, go into capped drawdown or flexible drawdown, or chose not to take it at all. Mind-boggling isn't it.

So how on earth do we expect people to make the jump from inert pension savers to switched-on retirees who know exactly what they want from their retirement and what the best product for them is?

At the moment there is hard to see a bridge between the two and you would be surprised at the number of people who don't even realise they have a decision to make when they get to retirement; they think saving is the only decision they have to make.

If we want people to get more out of their pensions then tackling the accumulation phase is only hald the problem.

Ten steps to a wealthier retirement

If, like many Britons, you have failed to save the cash you need to maintain a comfortable standard of living in retirement, one option is to sell your home and downsize to a smaller property, using the money leftover to cover your living costs.
If moving out of the family home is too much of a wrench, however, the good news is that equity release schemes allow you to stay in your house or flat while still using the equity built up in it to provide some extra cash. The downside of the schemes, which work a bit like mortgages, is that you may not have much left to pass on to any children or other relatives.
But that's a small price to pay for a reasonable standard of living. For more information, try Age UK on 0800 169 6565.

Choosing the right annuity can have a significant impact on your retirement income. And as with most pensions, you automatically have what's called an 'open-market option' (OMO), you can scour the market for the highest annuity rate.
It is worth checking what your pension provider is offering first, though, as some companies offer guaranteed rates for existing customers that are likely to beat those available elsewhere. The Pensions Advisory Service on 0300 123 1047 is a good place to get some free advice.

On retirement, most people convert their pension fund into a guaranteed income annuity that pays out the same amount every month for the rest of their lives.
However, you can also choose an increasing annuity that pays out smaller amounts in the first few years but offers larger payments further down the line. This may prove a wise move if the rate of inflation remains at over 2%.

It is now easier to work later in life because the "default retirement age" has been scrapped.
People approaching retirement age and worrying about money can therefore choose to work for a few years longer - potentially transforming their financial situation. Other than the extra income from working, these people can look forward to higher state pensions, and higher annuity rates due to their greater age.
They can also benefit from bigger tax allowances and the fact that they no longer have to pay National Insurance contributions. Check out this nidirect website for more details.

You could get a much better rate with an impaired-life annuity if you have a medical condition that is likely to reduce your life expectancy.
Incredibly, even snoring, which is a common symptom of Sleep Apnoea could have an impact.
According to figures from MGM Advantage, a man with this condition could receive an extra £12,000 retirement income over the course of their retirement - or £571.44 extra money each year. Click here to find out more.

To maximise your retirement income, it is vital to ensure that you are receiving all the benefits to which you are entitled. These include the basic State Pension, and in some cases, the additional State Pension.
If you are on a low income, you could also qualify for the guaranteed element of Pension Credit, while those with some savings may get the savings element of this benefit. For more information about these and other benefits such as the Winter Fuel Payment, click here.

Many older couples rely on the pension income of one person - often the man. Should that person die first, the other person can therefore be left in a difficult position financially.
One way to prevent financial hardship for the surviving person is to take out a joint life annuity that will continue to pay out up to 67% of the original payments to the surviving partner should one of them die.
The disadvantage of this approach, however, is that the rate you receive will be lower. Again, the Pensions Advisory Service on 0845 601 2923 is a useful first port of call if you are unsure what to do.