Ashes to Ashes Audi Quattro up for grabs 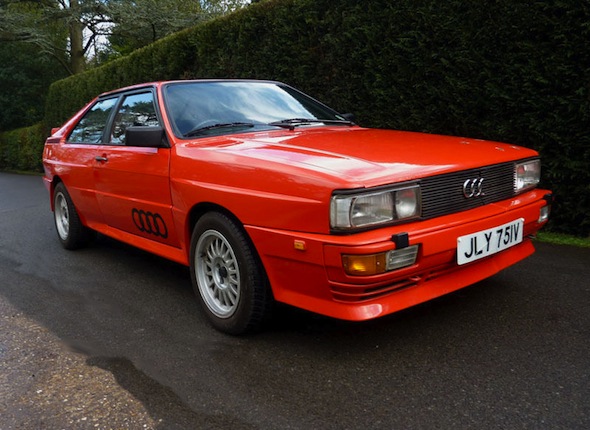 The chance to legitimately shout, "fire up the Quattro!" could soon be yours as one of two eighties Audis used in the hit show Ashes to Ashes has gone up for sale on eBay.
The 1983 example was actually used in the filming of series two of the hit BBC show, and because of this, it bears some fairly impressive battle scars that range from bullet holes to knackered suspension thanks to it performing jumps.

In fact, eBay seller 'actioncars109' says in the item's description: "Please don't think this is a concourse car, its not! It's an ex-film car that has been driven hard, jumped, crashed through stuff and shot up by special effects men so after all that it needs more than a little TLC."

Examples of the TLC required include an MOT (it hasn't had one since 2009), a full service (including plugs, oil and filter change) and a good look at the front bumper, which was cut in half during filming so it would easily fall off on cue.

Minor details aside, it remains a genuine prop that was actually driven by Philip Glenister and Keeley Hawes.

Since retiring from filming it has been lovingly stored by a professional props company.

As for the reason of sale, the seller states: "In all honesty I love this car. I'm only selling it because I've left the industry and these days I no longer have facilities to work on, or store her anymore and so reluctantly I have to say good-bye.

"It wont be an easy parting though, especially knowing I'll no longer be the only person who can actually 'fire up the Quattro'".