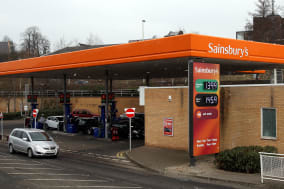 So is this a decent discount?

To take advantage of the deal, you'll need to top up by 6 May in a Sainsbury's store. You'll be given a voucher for 11p off per litre, and you'll have 14 days in which to use it. You can get the deal by topping up your credit, or by buying one of a number of bundles - which are more cost-effective.

If you don't have a Sainsbury's phone, you can get fee SIM from mobilebysainsburys.co.uk. Then you can top it up by £10 and you'll get the voucher.

Is it worth it?

If you use pay as you go, then this deal may pay off. The basic pay-as-you go deal isn't massively competitive. Calls cost 8p a minute and texts 4p, which seems expensive when you compare it to the deal from Three which offers calls at 3p per minute and texts from 2p.

However, you can buy a £10 bundle, with 300 minutes, unlimited texts and 500MB of data, which is more competitive. If you factor in the saving on petrol and the fact that the SIM is free, you could end up better off.

This assumes that you are organised enough to make sure you use the voucher in time, and that you are good enough at predicting your fuel use to ensure you reach Sainsbury's with a few drops left in the tank, so you can take full advantage of the deal.

If you already use a Sainsbury's pay-as-you-go phone, then this deal is a no-brainer. It's going to save you a nice chunk of cash for little or no effort. However, if you have to get a new SIM, top-up in store and juggle SIMs until you've used up all your credit, you have to ask whether it's worth all the effort for a maximum possible saving of £7.

Supermarkets run petrol promotions relatively regularly. Morrisons is currently running a promotion which you can access if you shop there every week in February (spending more than £40 a time). You get coupons from each shop which you can redeem before 2 March for £10 off your fourth shop - plus a fuel coupon worth 10p off per litre. This is arguably a much more complicated deal - but a more rewarding one too. Sadly if you haven't already done one shop last week then you can't qualify.

BP is also running a deal which gives you 5p off per litre when you buy two selected Cadbury products at the same time. It sounds a much simpler deal to benefit from - and you don't have to be organised or change your shopping or phone habits in order to take advantage.

If all else fails, you can expect the supermarkets to offer discount vouchers in return for one simple shop on a regular basis. Tesco, for example, last run a voucher for 5p off per litre (when you spent £50 or more in store) a month ago. Before that, it ran the deal 3 months earlier - and six months ago you could get 30p off per litre.

But what do you think? Will you be taking advantage?

Is Sainsbury's petrol discount a good deal?
Up Next