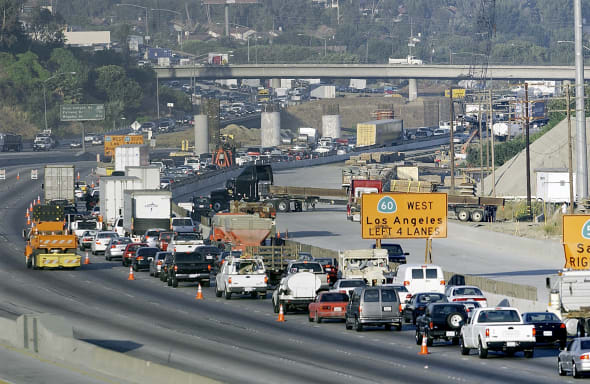 Six people have died, including four members of the same family, following a horrific crash on a Californian highway on Sunday.
21-year-old Olivia Culbreath has been charged with the deaths, after she was identified as the driver of a powerful Chevrolet Camaro muscle car that was travelling at speeds of up to 100mph the wrong way up the motorway in the Diamond Bar area.

Culbreath herself was severely injured in the crash, but remains in a stable condition at a local hospital. She has been charged with six counts of vehicular manslaughter and driving while under the influence of alcohol.

A coroner has reported that four females and two males died as a result of the crash, four of which were members of the same family travelling in an SUV which was hit at high speed by Culbreath. The family's identity has yet to be revealed by authorities.

The other two deceased were passengers in the Camaro, who were ejected from the car due to the severity of the impact.

Crash investigators have confirmed that they have spoken to Culbreath and suspect that alcohol was the primary causal factor in the collision. She was observed acting drunk both at the scene and in hospital, but her actual blood-alcohol level has not been made public.

This is not the only fatal head-on collision to occur on US roads over the weekend. Five people died on Interstate 275 in Tampa, Florida when a Ford Expedition SUV travelling south on the northbound carriageway collided with a Hyundai on Sunday morning.
Tags
Read Full Story Click here to comment