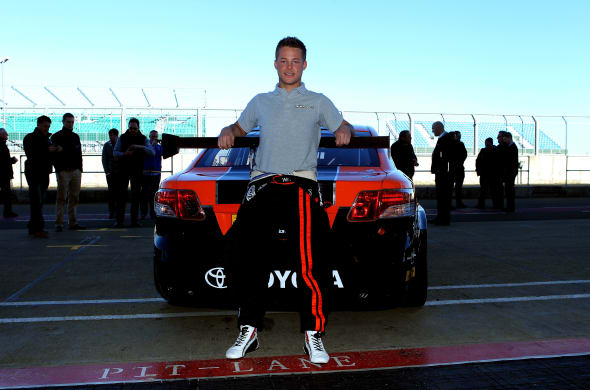 A touring car driver who knocked over and killed a cyclist while on his mobile phone has been jailed for 21 months.
27-year-old Frank Wrathall had been talking to his girlfriend for around eight minutes, steering with one hand, before his van collided with Paul Fingleton on a roundabout in Preston.

Fingleton was left with unsurvivable injuries to his head and spine after he was cut off by Wrathall's van – which was towing his racing car at the time – knocking him off his bike.

He was taken to the Royal Preston Hospital where staff worked in vain for several hours to save his life. Fingleton leaves behind a wife and fourteen year-old daughter.

Passing sentence at Liverpool Crown Court, Judge Mark Brown said: "You had a flagrant disregard for the law which led to the premature and tragic death of Mr Fingleton," reported the Lancashire Evening Post.

"That collision took place because you didn't take the necessary care to see him in time. You didn't spot him until it was too late.

"There is no doubt he could have been seen clearly and it is difficult to understand why this accident happened, except for the fact you were using your mobile phone at the time.

"As a Touring Car championship driver, you should have been setting an example for others to follow and your fault does not fall far short of dangerous driving."

Aside from mobile phone records, Wrathall's use of a mobile phone at the time was confirmed by footage from an overhead ANPR camera, situated close to the crash site.

Mr Fingleton was described in court as a devoted and religious family man.

Judge Brown continued: "Mr Fingleton had many years ahead of him and his family expected him to enjoy a long and fulfilling life.

"He was dearly loved by his wife and daughter. His wife Anne described him as a very special person who was generous and caring.

"You have deprived Mr Fingleton of a full life and have taken away from his family the continuous love, affection and compassion that he would have given them."

Wrathall pleaded guilty to causing death by careless driving and admitted using his phone when the crash occurred. On top of his custodial sentence, he was banned from driving for four years.
Tags
Read Full Story