Lloyds sets aside £1.8bn over PPI 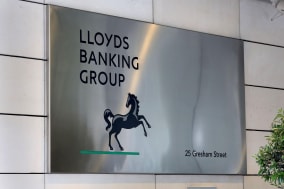 Lloyds Banking Group today set aside another £1.8 billion to cover compensation for the mis-selling of payment protection insurance.

Despite the latest provision, which takes the running total for the bank to nearly £10 billion, Lloyds said it still expects to make a small profit for 2013.
%VIRTUAL-SkimlinksPromo%It also revealed that it expects to resume dividend payments to shareholders in the second half of this year and that preparations for the possible future sale of shares to the public were under way.

The bank last paid a dividend after it published its half-year results in 2008, just prior to it requiring a £20 billion rescue by the taxpayer.

In September, the Government began the process of selling down the 39% shareholding by offloading a 6% stake to institutional investors.

Chief executive Antonio Horta-Osorio said: "We expect to apply in the second half of 2014 to restart dividend payments and to deliver progressive and sustainable payments to shareholders thereafter.

"This will be another important step in our journey to rebuild trust and confidence in our group."

The further PPI provision brings the total amount set aside in 2013 to £3 billion, despite a reduction in average monthly complaint volumes to around 37,000 in the final quarter of the year.

Its latest customer surveys suggest that the Halifax and Bank of Scotland owner can still expect another 550,000 complaints on PPI.

The bank has also made a further provision of £130 million relating to the sale of interest rate hedging products to small and medium-sized businesses, bringing the total amount set aside to £530 million.

As well as a small statutory profit, Lloyds said it expects to beat City expectations by posting an underlying profit of £6.2 billion for 2013.