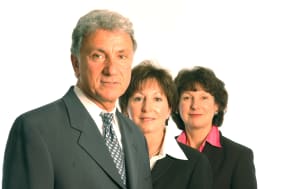 %VIRTUAL-SkimlinksPromo%Most people believe having an older colleague has a positive effect on the workplace, often because they can be good role models or mentors, a new study has shown.

A survey of more than 2,000 adults by the Nationwide showed that workers over the age of 55 were less likely to take sick leave or be absent because of a hangover.
Older employees are also keeping up with younger workers by learning how to use new technology, the research found.

Almost half of workers over the age of 55 had not taken any sick leave in the past year, while most people in that age group usually arrived early to work.

Alison Robb, group director at Nationwide, said: "As far as Nationwide is concerned, employing older workers is a good business decision - they tend to be experienced, conscientious and hardworking. The decision should always be whether that person can do the job and has the right values.

"Having a diverse workforce which reflects our customer base makes sound commercial sense."