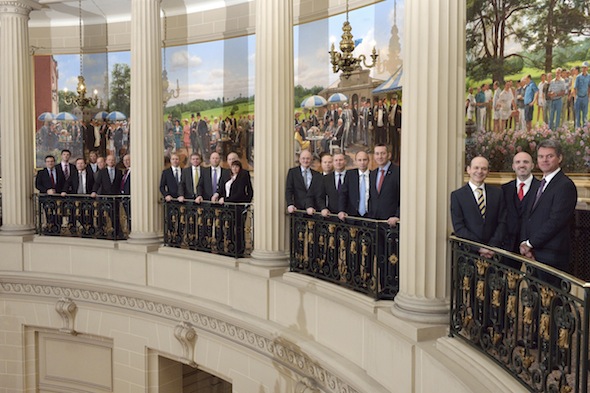 Some of Britain's top automotive bosses have tipped 2014 as a strong year for vehicle sales, in interviews with trade publication Car Dealer Magazine.
Industry leaders such as Renault UK's Ken Ramirez, and Trevor Finn, CEO of the UK's largest car retailer, Pendragon, made the comments at the mag's exclusive 'Automotive Influencers' event at London's RAC Club.

Last year was a positive one for car manufacturers. With 2.26m cars sold – a figure not seen since before the 2008 global recession.

And with the British economy currently outperforming all other European nations, it is hoped that the upturn will lead to even greater vehicle sales this year, with some even hinting at growth in double figures.

Ken Ramirez, managing director of Renault Group UK, said: "We see the pace in volume being very similar in 2014 with up to 10 per cent growth versus 2013.

"But the mix of sales will be different and retail will be stronger."

Ford, which dominated the sales charts in 2013 with 310,856 new cars sold, is equally optimistic that they can do better this year.

Jon Wellsman, aftersales director for the brand, told Car Dealer: "Now customers are feeling a little bit more confident about the economy and the recovery, we will see more coming into showrooms and replacing their vehicles, some of which are actually getting quite old now as they've postponed purchasing decisions. I think they'll take that decision to buy this year."

These views were echoed by execs from Britain's leading car brands, including BMW, Nissan, Kia, Toyota and Mistubishi, whose thoughts you can hear in full below.