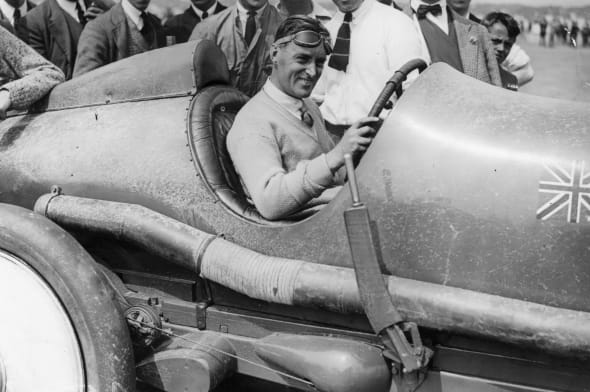 Sir Malcolm Campbell's record-breaking 345bhp Sunbeam is due to be fired up at the National Motor Museum in Beaulieu tomorrow.

At precisely 12 noon, the gargantuan 17.6-litre V12 engine - that has been lovingly restored over a 2,000 hour period - will bark back into life, emitting a sound that hasn't been heard for more than 50 years.
The vehicle was Sir Campbell's first design to tackle the Land Speed record and in comparison to today's space-age creations, the massive 17.6-litre engine and 22ft-long frame look positively archaic.

The car returned a year later with a few technical tweaks and managed a new record of 150.766mph.

Since retiring the car from record-breaking duties, its owner Lord Montagu has displayed the Sunbeam in his various motoring museums but it has not been fired up since a three-lap demonstration run at the British Automobile Racing Club Festival of Motoring, at Goodwood on July 15, 1962.

Disaster struck during a routine test in 1994 when a con-rod smashed through the crankcase, effectively destroying a large part of the enormous engine.

Doug Hill, Beaulieu's chief engineer, has been leading a team of volunteers and enthusiasts on a mission to patch up the unit and get it running again.

Over 2,000 man-hours have been invested into the project and it is finally ready to roar once again.

A select group of invitees will gather tomorrow to witness Blue Bird rumble into life, while the car will go on to star in Beaulieu museum's new "For Britain and for the hell of it – the story of British Land Speed Records" display, which opens on March 20.
Tags
Read Full Story Click here to comment