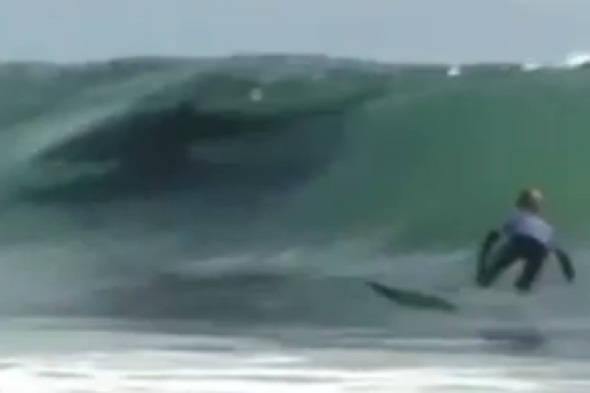 A pod of dolphins decided to show competitors at the Rincon Classic surf competition in Santa Barbara exactly how it's done this weekend.

According to the Daily Record, spectators were treated to the display by around 12 dolphins skimming through the water alongside 200 surfers.

The dolphins used their natural ability to outdo the surfers and, according to the Metro, the crowd cheered as the animals joined in.

Dolphins are reasonably common in the area, but generally do not approach surfers.

Sky News reports that the Rincon Classic was founded in 1979 and takes place every year between mid-January and late February when the waves are at their best.

Video: Dolphins join in at California surfing competition
Up Next

Video: Baby dolphin's 'thank you dance' after being freed from plastic bag