Triple lock guarantee: the pensions elephant in the room 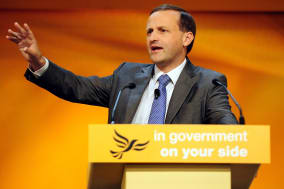 In 2016 we will have a new state pension system, millions more people auto-enrolled into their workplace pension and a new government.

Pensions minister Steve Webb has made some brave decisions and some landmark changes to the way pensions operate in the UK (incidentally he is also the longest serving pensions minister since the post was created in 1998, chalking up three years).


It can't be denied that UK retirement will look rosier, we will receive more under the state pension (£144-a-week) and around nine million more workers are expected to save into their workplace pension.

However, there is one big elephant in the room that no political party has been able to manoeuvre round; the triple lock guarantee.

The triple lock ensures that the state pension increases inline with the higher of inflation, earnings or 2.5% and has kept pensions growth way above wage growth for a number of years. It was brought in by the coalition in 2010 but it's on its way out in 2015 (election year) as no political party can find a way to pay for it (it is set to cost £45 billion over the next 15 years). Instead pensions will rise with earnings, which isn't great news.

This will mean that we all have to save more, actually an awful lot more, into our pensions in order to make up what we would receive under the triple lock guarantee.

A 30-year-old earning £25,900 (about the average wage) would have to save 12% of their salary to receive what the Department for Work and Pensions describes as an 'adequate pension' if the triple lock continues but that figure rises to 18% of salary without the triple lock – a third more.

The increased state pension is great for those retiring now but for younger people who can expect it to rise more slowly it means their salaries will be even more stretched.

The future of the triple lock is looking very bleak and so is the future of the state pension for people who are a few decades off claiming it. I suppose it's a good thing that we won't be retiring until we're 70 now as we'll need as much time as we possibly can to save into our workplace pensions and make up the numbers that the state has promised current pensioners but can't possibly afford to give to those paying for today's elderly.
Tags
Read Full Story