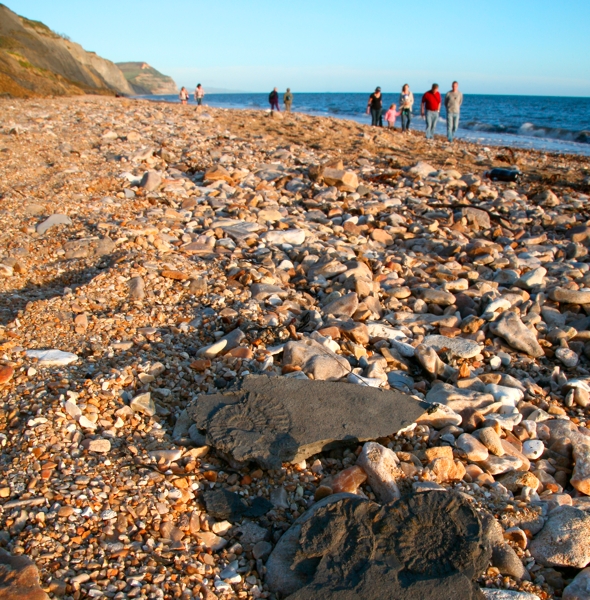 Dorset's Jurassic Coast has been packed with treasure hunters since a 5ft giant marine reptile fossil worth £15,000 was found on a beach on Boxing Day.

According to the Daily Mail, the near-complete ichthyosaur skeleton was discovered by hobby collector Alan Saxon, from Chippenham in Wiltshire, during a Christmas break.

It is thought the fossil was uncovered due to heavy storms, and was found at the base of Black Ven near Charmouth.

It took over eight hours to remove the fossil. Professional fossil hunter Paul Crossley, who helped excavate it, told the BBC: "The word is already out that Lyme Regis is the capital of fossil hunting at the moment, we've seen more people than normal on the beaches.

"We always advise going when the tide is falling and always stay well away from the cliffs and mudslides. Use common sense." 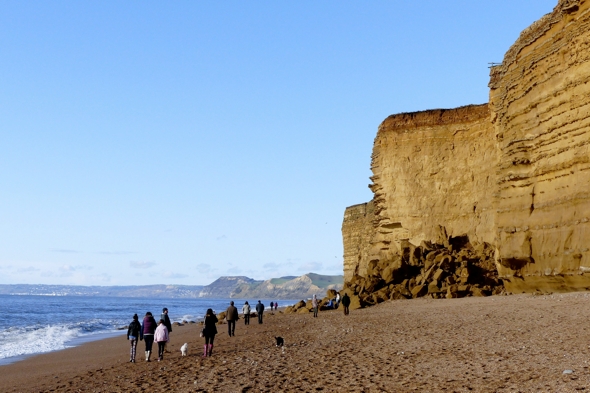 In fact, safety warnings have been issued after a huge rockfall on the beach at Burton Bradstock.

Enormous boulders crashed down onto Hive beach just before the weekend in one of the largest falls this winter along the coastline, reports the Dorset Echo.

The fall occurred just a few hundred yards from the spot where a landslip killed Charlotte Blackman in the summer of 2012.

Rockfalls and landslides can occur quickly and without warning.

Dorset police are warning that landslides often take place after wet weather, while the West Dorset District Council is urging people to stick to official routes along the coast path and take extra care.