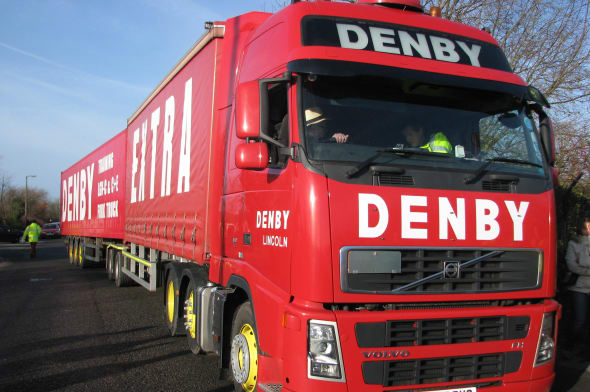 EU plans to allow oversized lorries, dubbed 'mega trucks', onto the roads of Britain have been criticised by road safety campaigners.
The draft legislation, which has the backing of Conservative MEPs, would see the lorries, which are longer than two double-decker buses and can weigh up to 60 tonnes, be allowed to cross international borders for the first time.

However, transport groups are against the move, citing increased risk to other road users, particularly pedestrians and cyclists.

HGVs are currently more likely to be involved in a fatal accident than any other type of vehicle, and have also been blamed for significantly worsening congestion, damaging roads and increasing local air pollution.

In defence of the new mega trucks, haulage firms have claimed the new lorries would actually cut congestion and pollution, with their increased carrying capacity reducing the number of individual lorry journeys needed. They have been used for a number of years in both Sweden and Finland, but are restricted to within their borders.

The EU proposals would see a relaxation on the rules concerning international travel of oversized lorries, provided the countries in question consent to their entry. Currently, the largest commercial vehicles allowed on UK roads measure 61ft in length.

Philippa Edmunds, of the Campaign for Better Transport, told The Telegraph: "Conservative MEPs plan to support the increased use of massive 82ft trucks across the EU. This is despite the Westminster Government opposing their use on UK roads because they cause more fatal accidents, more congestion and more pollution.

"If Conservative MEPs support the change to European laws next month, we risk letting mega trucks onto our roads via the back door."

Tory MEPs have argued the new plans would help British hauliers remain competitive on the continent, and that lorries of extreme length could be denied access to the UK if they were deemed inappropriate for our relatively narrow road network.
Tags
Read Full Story