Husband and wife both banned for drink-driving 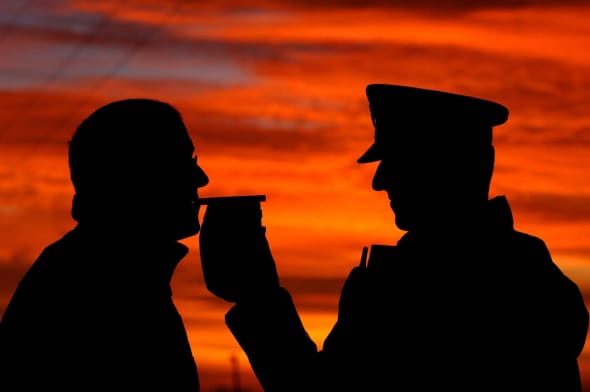 A man and his wife were both caught drink-driving in quick succession after he had gone to her aid after she had been involved in a minor car crash.
Bournemouth Magistrates' Court heard how 59-year-old Kathryn Mason crashed her Peugeot 207 after spending an evening drinking at a social club in West Moors, Dorset.

She was breathalysed by Police and found to be twice over the legal drink-drive limit.

After being informed by officers that his wife had been involved in an accident, 75-year-old Charles Fitch got into his car and made his way to the crash scene.

Unfortunately, he was suspected of being intoxicated and he too was found to be over the drink drive limit, after admitting drinking a couple of whiskies at home.

The pair were both arrested and taken to the same police station.

Both entered guilty pleas to drink-driving when they appeared before Magistrates on the same day.

Speaking to the Daily Mail, Mrs Mason said: "I was in the car and I can't really remember what happened but I had a blow-out or something like that.

"Charles got a crackly phone call saying I had been in an accident and he got in his car.

"I'm sure if he had stopped to think for a moment as he had had a few drinks he wouldn't have done it."
Tags
Read Full Story Click here to comment